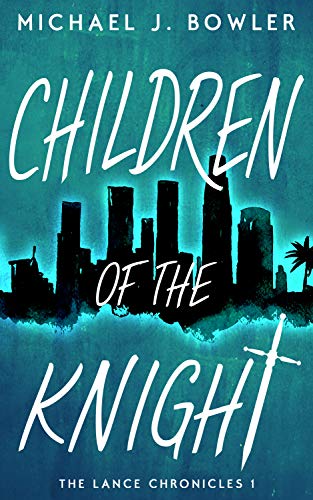 In modern-day Los Angeles, gangs and drug dealers run rampant through the back streets. The police struggle to take care of this blight. Due to the extent of this problem, those running the streets carry on, seemingly unchecked. Although this war between police and gangsters has been going on for quite a while, the situation seems to have gotten much worse recently. Massive gang wars have broken out and the police struggle to contain them. The cause of these wars seems to be the appearance of a certain strange graffiti mark, which is always found at the scene of these fights. No one knows where the marks come from, what they mean, or even who is making them. The police worry that if the mysterious tagger isn’t found, the gang wars will spill into the main part of Los Angeles and hurt many more people.

Fourteen-year-old Lance Sepulveda is an orphan who lives on these shadowy streets. One of the few who hasn’t turned to crime in order to survive, he struggles just as much, if not more, than others in his neighborhood. With gangs trying to recruit or kill him, and police at every corner, he has a tough time simply trying to keep his head down. One day, as he is struggling to survive on these streets, he is jumped by two gang members in an alley. Just as he is about to be seriously hurt or killed, a mysterious man on horseback rides in and saves him. The man brings Lance back to his home and introduces himself as the legendary King Arthur. He goes on to explain that their meeting was not by chance, and that he needs Lance for a special quest to recruit an army of kids and clean up the streets of Los Angeles. Although struck with disbelief at the notion, Lance agrees. Obstacles block their way at every path, including many of the dangers Lance and Arthur seek to improve. The road to a better world will certainly be long, but if these two work together, could they possibly have a chance?

Children of the Knight is a well-written book, jam-packed with action and suspense. I was constantly on the edge of my seat waiting to find out what happened next. Another thing that I greatly enjoyed was the depth of the world created by Michael J. Bowler. The book’s setting truly felt real, and although I have never seen any of the worst neighborhoods in Los Angeles, I could easily picture them in my head. The author truly seems to have captured the reality of some of the seedier communities in the United States. Being able to easily picture the setting, it made for an easy task to picture the characters. The characters each had their own unique personality, which easily shone through and allowed me to step into each new character’s skin. In fact, the characters' personalities permeated the book so much that the book’s narrator seemed to change tones depending on who currently held the spotlight (which was a new and interesting concept for me). Despite all the obvious strengths of this book, one thing I didn’t quite like was the inclusion of many unnecessary details. Although many of the book’s details improved the story vastly, some of them seemed to detract from its pacing and could possibly have been omitted. In the end, Michael J. Bowler succeeded impressively in creating an intriguing book that distinctly incorporates many problems that plague today’s society.

I would recommend this book to ages 13 and up. It includes some mature topics such as gangs and gang wars, drugs, sexual abuse (although not explicitly described, just mentioned), and some language.
KEYWORDS