Why the Term “Young Adult Literature” Is Dangerous

So You Want to be a Screenwriter...

His horror screenplay, Healer, was a Semi-Finalist, and his urban fantasy script, Like A Hero, was a Finalist in the Shriekfest Film Festival and Screenplay Competition.

He grew up in San Rafael, California, and majored in English and Theatre at Santa Clara University. He went on to earn a master’s in film production from Loyola Marymount University, a teaching credential in English from LMU, and another master's in Special Education from Cal State University Dominguez Hills.

He partnered with two friends as producer, writer, and/or director on several ultra-low-budget horror films, including Fatal Images, Club Dead, and Things II.

He taught high school in Hawthorne, California, for twenty-five years, both in general education and to students with learning disabilities, in subjects ranging from English and Strength Training to Algebra, Biology, and Yearbook.

He has also been a volunteer Big Brother to eight different boys with the Catholic Big Brothers/Big Sisters program and a thirty-year volunteer within the juvenile justice system in Los Angeles.

His newest novel is based on his screenplay, “Like A Hero.”

His goal as an author is for teens to experience empowerment and hope, to see themselves in his diverse characters, to read about kids who face real-life challenges, and to see how kids like them can remain decent people in an indecent world.

YA novelist Michael Bowler has an impressive roundup of books in his collection. LitPick meets up with Michael to discuss his writing style, on the heels of his most recent release, a thriller titled I Know When You're Going to Die.

When writing your first draft, do you like to write by hand or on the computer? I always used to write the first draft by hand for two reasons. One, I could write faster than I could type and didn’t want to forget my thoughts while typing, and two, I had a first draft before I ever entered it into the computer, so the computer version was a revised second draft. Now, with laptops being so small and convenient, I write all my drafts on the computer.

What was your favorite childhood book? As a young child, my favorite book was The Mouse and the Motorcycle by Beverly Cleary. I’m happy to say my son loves it, as well. By middle school, I had developed a penchant for horror stories so The Other, by Thomas Tryon, was my favorite book when I was twelve. It's a mystery/horror novel that so completely fooled me that immediately after finishing  it, I reread the entire book just to figure out how the author had pulled off such a stunning third-act surprise.

What is the most exciting part about being an author? It’s fun to see my work in print, but I think the most exciting part is when readers tell me through reviews or communications that something I wrote inspired them or made them think about an issue differently. I write to entertain, but if a reader thinks beyond the point when they finish reading about some of the topics I’ve raised, that’s exhilarating.

What is the most challenging part about being an author? Marketing. I am the strongest advocate for others, which is why I’ve been a teacher and child advocate my entire life. I also strongly advocate for issues I believe in within the pages of my books. But I’m a lousy self-salesman. I hate bragging, and I never take selfies. It’s just not who I am. But to be a good promotor of one’s own work, an author has to be a super salesman. Sadly, I’m not.

What are three writing tips you've found beneficial? 1) I learned from my high school English teacher that writing is all about rewriting. It’s only through extensive rewriting that excellent, coherent stories emerge. 2) Don’t say something in ten words if five will suffice. 3) Don’t copy what’s out there already. Strive for originality, and be passionate about what you write.

What do you like to do when you're not writing? I work out at the gym, read, bike ride, watch movies, and spend time having fun with my newly adopted son.

Thanks, Michael! We are, well, dying to know when your next project is coming out. So we'll keep our eyes out for future Michael Bowler books.

Stopping by for a visit, Michael J. Bowler, author of several books including Spinner and the Warrior Kids series, joins LitPick for an Extra Credit interview!

Do you have a solid outline before writing, or do you usually get ideas as you go along? I always have a strong idea how a book will end before I begin writing it. Sometimes I make an outline, but with Warrior Kids, the story just flowed out of me very naturally, most likely because some of the characters had already been well-established in other books, so it was easy to slip back into their voices. I did end up changing a number of early plot points in Warrior Kids, and one character of Iztali Canché, became more prominent as I progressed. I also considered having a very different finale. It was always set in Paris at the United Nations climate conference called COP21. But I changed how the action played out for several reasons, and I’m glad I did.

Has someone you knew ever appeared as a character in a book (consciously or subconsciously)? I did model a character in A Matter of Time very much on one of my college professors. Most of my other characters, including those in Warrior Kids, share traits or characteristics of people and kids I’ve known, including traits of mine.

What do you do when you get writer's block? I really don’t get writer’s block, maybe because I know how the story will end before I start writing. I do sometimes hit roadblocks, as I have in my current work in progress, but they are more structural. I’m setting up a number of plot lines that all have to come together in the end, and sometimes that requires a detour I hadn’t planned on. Detouring might slow me down a bit, but it never stops me.

If you could live in a book's world, which would you choose? Probably The Once and Future King. Barbaric as those days were, to be part of the Round Table and serve under King Arthur would be an amazing experience.

What is your favorite book-to-movie adaptation? I would have to say The Lord of The Rings. I know some people quibbled about elements of the adaptation, but I thought the entire trilogy was masterful and perfect in every way.

If you could have lunch with one other author (dead or alive!), who would it be? I’d love to dine with Mary Shelley, the eighteen-year-old who wrote Frankenstein, and discuss how she conceived such an insightful look into the very heart of human nature for a piece of literature as relevant today as it was in 1818.

Wild Card question:We know you were a teacher, we know you are an author, but we don’t know what you like to do. What do you like to do in your spare time? I volunteer with incarcerated kids, I’m a volunteer Big Brother to a ten-year-old through the Big Brothers/Big Sisters program, I enjoy working out at the gym and coaching kids in proper weight training technique, and I enjoy going to the movies.

Thank you, Michael, for visiting LitPick again and earning some Extra Credit. We’ve enjoyed getting to know you. We’re impressed by your volunteer work.

Hey, LitPickers! Joining LitPick on "Six Minutes with an Author" is Michael Bowler. Michael is an award-winning author of eight novels, which include The Knight Cycle and Spinner.

How did you get started writing? I’ve been a lifelong reader. I’ve always loved creative writing. It was my favorite activity in school, at every grade level. Way back in elementary school, I decided I wanted to tell stories of my own. I was writing off and on during my teaching career, but couldn’t really focus on it seriously until I retired from full-time classroom work.

Who influenced you? I don’t think anyone in particular influenced me, though several teachers along the way encouraged me to write. No one in my family was interested in writing, though most of us were readers. I think my love of reading comes from seeing my parents read all the time, and from my hearing impairment. Growing up hard of hearing limited me to activities that didn’t rely heavily on the ability to hear. Losing myself in a make-believe world through reading suited my disability perfectly.

Do you have a favorite book/subject/character/setting? I don’t think I have a favorite book. Among classics, I love The Adventures of Huckleberry Finn by Mark Twain. I have always loved the horror genre—Stephen King, in particular. I read many teen books because I spend the majority of my time around teens and can easily relate to their world. I like stories set in rural areas or in the past, especially the Civil War era. Choosing a favorite character is tough, but Huck Finn is near the top of the list. He’s a boy with a conscience who's willing to sacrifice his own soul to do what he knows is right, even though society tells him it’s wrong. Of my own creations, Lance from my Children of the Knight series is my favorite, with Alex from Spinner a close second. Like Huck Finn, these boys strive to do what’s right without ever having had formal instruction. In fact, both have grown up hearing the message most kids hear—put yourself above everyone else. Lance and Alex are survivors who’ve seen so many negative qualities in humans that they’ve made a conscious choice to not be like them, but rather to be decent. Both characters are extensions of me and what I’ve seen along the path of my life.

What advice do you have for someone who wants to be an author? That’s simple—write. And second, finish what you write. My books go through an endless number of revisions because I obsess over getting the details right and playing off every plot or character thread in a satisfactory way. But I couldn’t revise if I never finished the first draft to begin with. Even if you think what you’re writing is bad while you’re writing, finish it and go back to revise. No one creates a polished first draft.

Where is your favorite place to write? I can honestly write anywhere. I used to sit and write into a notebook, but now I use the computer. Mostly, I’m home in my office. But I can write on an airplane or anywhere as long as I have a computer. The story unspools in my head, and all I do is transcribe it.

What else would you like to tell us? I try to write stories that are realistic, even if there’s a fantasy or supernatural element, with teen characters that readers can relate to. Through these characters, I strive to show how kids can overcome the negative influences in their lives and become decent people in an often-indecent world. My favorite themes are family, friendship, love and acceptance, working together to achieve goals, overlooking inconsequentials like race, ethnicity, disability, or sexual orientation, and showing the ability of young people to change the world for the better. I firmly believe that kids have great wisdom and ideas that adults should listen to. I strive to share those voices in my books.

Thanks for spending six minutes with us, Michael! Teens are sure to appreciate how much you care about their ideas. Spinner, his latest work, is available as an e-book. 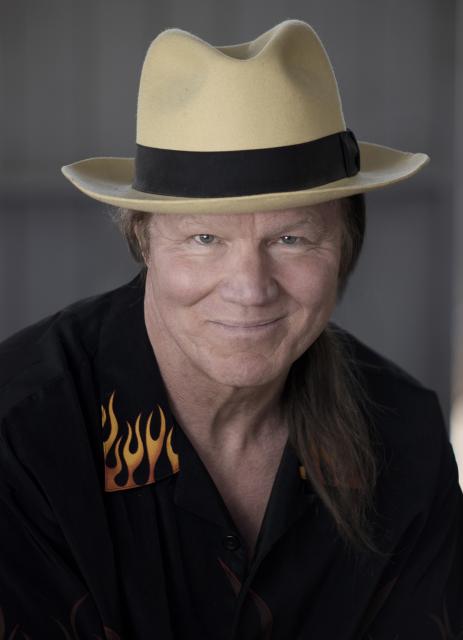