Walking into the Wild review by bookgirl1289 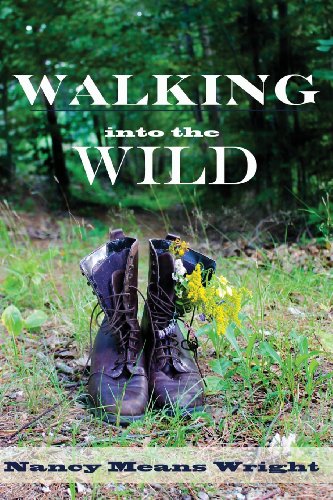 Walking into the Wild by Nancy Mean Wright is a story about three siblings in the Foot family: strong-willed Rachel, rebellious Deborah, and mischievous Abel. It is set at the end of the American Revolution in New England. The family’s father has been captured and the mother has sunk into some kind of depression, leaving the three siblings to fend for themselves. They decide to journey from Connecticut to Vermont in hopes of finding the land and cabin they abandoned. They endure endless hours of walking and threats such as catamounts, wolves, and bears. They also hope that they will be able to find their father who was captured by Indians in a raid and restore their traumatized mother. As they travel, they meet many kind people who shelter them during their weary journey. Told by Deborah, who has a dreadful secret about her baby’s brother’s death on her mind, the story is about how each of the siblings seeks to reunite their shattered family.

There is plenty of adventure in the plot with all of the dangers that face the siblings, and the book does a good job of showing how the world right after the Revolution was confusing and chaotic. People couldn’t find family members and friends and lots of people were displaced. The book also shows how the issue of being a patriot or loyalist was not clear cut and often based on what would advance or protect a family. The most interesting element of the story to me is the way that strangers helped the Foots during their journey. Many different families took them in, and they would not have survived without this help.

I enjoy historical fiction so I really wanted to like this story, but unfortunately, I found it difficult to like any of the characters. Rachel is so selfish and single-minded, and she acts without common sense a lot of the time. She is very one-dimensional. Abel is just a little boy, and he is not a fully developed character. And Deborah, who is the main character, seems to lack sufficient emotional development, making some of the book’s most exciting moments not quite as interesting as they could be. The interaction between the siblings seems too modern; they are constantly complaining, squabbling, pinching, and kicking each other. I don’t think most 18th century families acted that way because they needed to work hard just to survive. The sisters also seem overly emotional and impulsive, not disciplined and mature as girls who were almost women should be. I liked the ending chapters better than the earlier parts of the book. Overall, the book is worth reading if you like historical fiction.

While the sisters in the book have some romantic interests, there is not really "romance" in the book. One of the characters has a mistress, but nothing specific is mentioned about their relationship. His bride-to-be leaves him when she finds out, but the whole issue is implied not really discussed.
KEYWORDS

Read more reviews by this Litpick Book Reviewer: bookgirl1289
Recommend this book and review to your friends on Facebook