The Severed Tower review by MezokaCapturer65 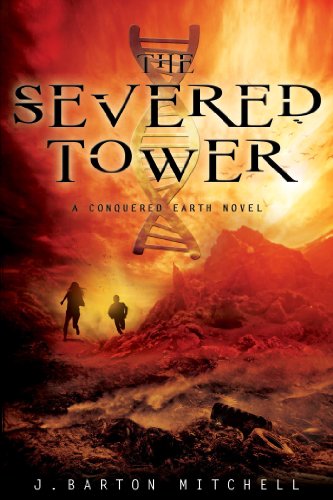 This story picks up after the previous book in the series, with Mira, Holt, Zoey, and Max the dog fleeing Midnight City while Assembly robots attempt to kill them. The book showcases the journey they take in order to get Zoey to a place called the Severed Tower, a structure in the center of an area called the Strange Lands in what used to be the northern United States. Mira is a Freebooter, someone trained to travel into the Strange Lands and manipulate artifacts. Holt is a bounty hunter who had been hunting her, and Max is his dog.  Zoey is a mysterious 8 year old girl who Holt found and rescued. While traveling from city to city, escaping and outwitting the Assembly multiple times, and meeting important figures in Mira and Holt’s pasts and several new figures, Mira and Holt discover more about each other and Zoey learns of who she is and her true purpose at the Severed Tower.

This is a post-apocalyptic book with a great deal of action and intensity. The switching points of view made each character feel more dynamic to me, and the ending really did tug at my heartstrings. Speaking of that, the ending was, I think, wonderfully set up for the next book in the series. Only some of the information about where the characters’ next adventure would take place was given, enough to make readers interested. I really like the idea of Zoey becoming more independent and smarter and deciding what she feels would be best. It’s always very interesting to me when stories put children in important decision-making positions, and this is no exception.

I had not read the previous book in this series, and I felt that I might not be able to connect to it very well with my lack of background, but it actually did a decent job. By the end I really cared about what was happening to these people. One complaint I do have was with the pacing; I feel that going a bit slower with the story would have made it better. It seemed that everything happened very quickly, the characters making choices within very short amounts of time. The timing of flashbacks and previous character stories worked wonderfully, however. It probably is a better experience to read this book after reading the first in the series, with more background and story to work with. Overall, a pretty good action series that I will definitely be looking into for future reads. I would recommend it to preteen or teen fans of action movies with sci-fi elements.