Palace of Lies review by Star360 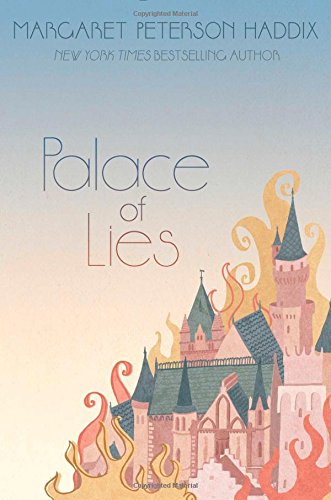 The people of Suala, prosperous and destitute, are in a state of shock. It has been recently learned that there is not just one heiress to the throne in the Palace of Mirrors; there are twelve other hidden heiresses! Princess Desmia, the only girl who grew up in the palace, is joyous to meet her new sister-princesses. However, she’s used to a life full of lies and corruption. She can’t help but question the new heiresses' loyalty, even though it seems so genuine. When a tragedy strikes the palace and all the sisters go missing, Desmia must focus on figuring out who is the traitor that wants to ruin the shaky peace they’ve been building with the neighboring kingdom of Fridesia. Unexpected help comes from a kind, poor woman and her young, raggedy spies.  However, one boy is certainly less raggedy than the others. Desmia is hesitant of accepting aid from people she doesn’t know, such as people who don’t have titles or shoes!  Yet they provide the only safe way to travel to Fridesia. Princess Desmia must gather her bravery and learn to trust in order to find out the truth. Imposters, nobles, heroes, and villains bound enthusiastically through this engrossing Palace Chronicles novel.

Put simply, I was not disappointed by Palace of Lies! Haddix’s latest novel builds the story of Princess Desmia, a supporting character in Palace of Mirrors. I enjoyed watching how she grew from being constantly skeptical to learning to accept friendship. There is a lively cast of characters that expands gradually to encompass nearly all social classes of the royal kingdoms. Major characters from the series, like Ella, Jed, and Cecilia, make appearances. Of course, so do the villains – evil Lord Throckmorton and crafty Madame Bissel can’t seem to stop grabbing for power. However, a brief recap at the beginning of the book ensures that readers don’t have to start the series in sequential order to understand the plot. The story flows well from those books, but each read is an exciting new adventure with a different princess in the spotlight. The imagery used for the multiple settings and the varied clothing described really helps the reader sink into this royal tale. Many pages of verbal battling plus a dash of phyical fighting adds drama. Palace of Lies is a wonderful read for girls ten and up who love princesses, palace intrigue, and adventure!

Murder plot, though nothing graphic at all.
KEYWORDS