This Is Not The End review by sschu5 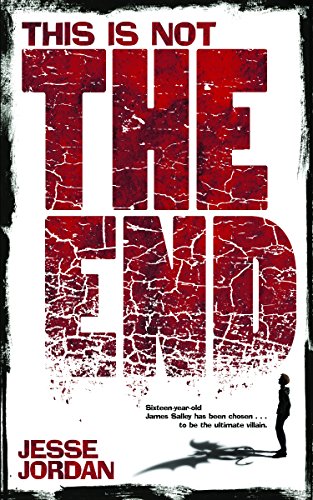 James Salley, the main character in This is Not the End, may seem like a normal kid at first glance, but the people around him feel weird. They feel like they are living either a great discomfort or a great sadness. Most people who make others feel like this don’t have a lot of friends. Worse, James has an enemy who bullies him because he gets a really bad dose of anger and sadness when James is around.

This is Not the End is a short and complex read filled with great adventure and the potential for self-contemplation. The main character, James, goes through many changes throughout the storyline. Readers will see his doubts, his confusion, and his growing confidence as he learns to decide his own destiny.

Along the way you might just find more meaning in your own life and the power of family and friendship. The plot is ever-changing, with a different destiny for James just around the bend. It is hard to predict what will happen next, but that's the fun of the story. I recommend this book to readers ages 12 or older who enjoy fantasy interwoven with religious elements.

This book is based on the Christian thinking of the antichrist. It might be offensive to some of a different religion, but is overall fine if you are reading it for just a good story rather than any religious ideas.
KEYWORDS

Read more reviews by Litpick Student Book Reviewer: sschu5
Recommend this book and review to your friends on Facebook