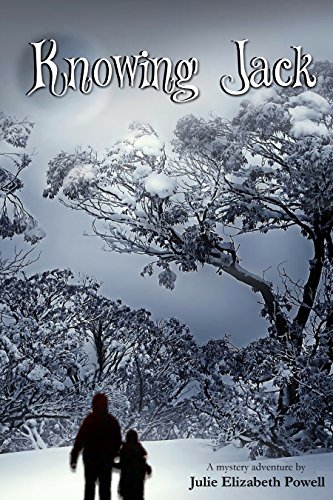 The book is about a kid named Jack who is going to the mountains on a vacation with his family. But Jack is a little worried about going; he has been having a dream about a man with an ax standing at a doorway before getting grabbed by him!  But Jack never sleeps on after that; he always wakes up, so he doesn't know were he is or what happened.  Jack just leaves it behind and tries not to think about it on the ride up to the mountains, until he starts to get a funny feeling in his stomach.  He doesn't know what it means, but when an angry woman and two men show up at a super market, he finds out.  And he'll wish he never had found out.

I love Knowing Jack so much, and I was hooked right away in the first chapter.  I thought that this book was written perfectly. This is a great  adventure book to read for fun.  But this book has some really big words in it, so if you're going to read it, I suggest that you are at least 13-15 years old.  It also had some violence in it, so be aware.  If I had the chance to go into the world of Jack I would definitely go.

There is some violence.
KEYWORDS

Read more reviews by this Litpick Book Reviewer: nate329
Recommend this book and review to your friends on Facebook