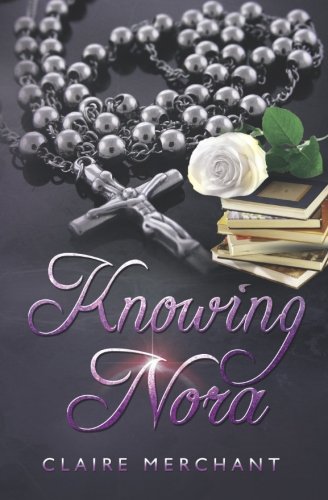 Quiet eleventh-grader Nora Hadley can’t wait to get out of South Iris High. The daughter of the school’s head of religion, she gets mocked for her faith. Nora’s two friends, reckless Ainslee and sweet Carrie, try to support her, but even they don’t understand the extent of her Catholic parents’ strict rules. Mum and Dad question her every move. She can’t go out with friends, and boys are absolutely out of the question.

Nora is good at following the rules – she even turns down a popular guy that she sort of liked. But unexpected temptation comes when she starts spending more time with her new English teacher, William Summers. Mr. Summers is handsome and intelligent; he understands Nora like none of her classmates do. What starts as a discussion about Shakespeare soon spirals into something more, and Nora finds herself at a dangerous crossroads that will affect not only her, but the entire community.

An affair between a teacher and a student is one of the most taboo relationships in society. Nevertheless, a news story about such a twisted romance comes up every year. In Knowing Nora, Nora Hadley gives a voice to the young girls who have fallen for the wrong man entirely.

The bitter irony of Knowing Nora is that Nora was both the most and least likely to have an affair with Mr. Summers. No one thought that shy, pious Nora would ever have a boyfriend. Even Nora herself thought that she would have to wait until university to find a special someone. On the other hand, readers can observe that Nora is above petty high school drama. Unlike Ainslee, she doesn’t want to get involved with any immature teen. Part of her attraction to William Summers was his maturity and kindness. Those were qualities that she couldn’t get in a boy like Aaron, whose offer she turned down.

William was a conundrum. He was an excellent literature teacher, and he made sure that there was no bullying in his classroom. Nevertheless, he shouldn’t have started seeing Nora outside of school. Their encounters began at her little brother’s football games, which he could have easily avoided. William may have only been five years older than Nora, but that makes a big difference when she’s sixteen and he’s twenty-one. Nora went along with the affair out of blind love, but William should have been the voice of reason.

The most questionable aspect of the book was the exact nature of Nora and William’s romance. If she had been his age, they might have made a great couple. Since that wasn’t the case, it made the affair all the more disturbing. It’s simple math: Teacher + Student + Romance  = Big Trouble. Girls and boys who get involved in such relationships shouldn’t be given a scarlet letter, but should their actions be applauded as an act of true love? Readers are sure to offer a plethora of diverse answers.

A creative part of the book was how each chapter was titled the name of a song. Songs like “Chasing Pavements” and “Losing My Religion” accurately set the tone of each stage in Nora’s life.

I would warn readers to skip the prologue. Cover it with sticky notes, squeeze your eyes shut as you turn the page – just don’t read it! Some prologues offer a tantalizing glimpse into the characters’ futures; this one just drops a major spoiler that takes the edge off the novel’s building suspense.

Knowing Nora offers a unique perspective on the dangerous relationships that can occur between a student and a teacher.

A student has an affair with a teacher. Not explicit, though.
KEYWORDS