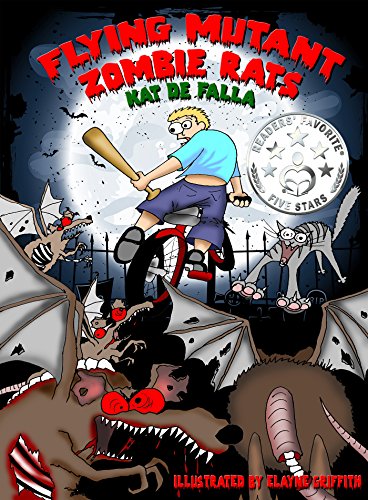 On the night before the last day of school, Pea can't sleep no matter what he does. Finally, he decides to take a stroll to the new BMX course. Once there, he looks at the awesome course, and all is peaceful for a while. Suddenly, a lightning bolt strikes the bush in front of him and a strange cat jumps out. Freaked out by what just happened, Pea goes home, falls asleep, and dreams unusual dreams.

The next day he sees the same cat from the night before, but goes to school and finishes his paper route nevertheless. Pea meets his friends at the BMX course to race and do tricks. He tells his friends he can pull off a back flip, which they all want to see. Halfway through the trick, he hears a weird ripping sound. Turning around, he sees a portal out of which flying mutant zombie rats are streaming! Pea and his friends must find a way to get rid of them before it is too late. However, they won’t be alone; they find assistance in an unlikely ally. Who is this mysterious ally? Will they be able to get rid of the invaders? Find out in Flying Mutant Zombie Rats!

I thought Flying Mutant Zombie Rats was an enjoyable and humorous book, one with a funny plot line.

It was hilarious that the portal to another dimension opened while Pea was doing a back-flip on his BMX bike. Another part in the book I enjoyed was when a cat named Maximillian started talking; it was funny when Pea was surprised by it.

This book was a new kind of book for me. I have never read a book quite like this one; adventure, friendship, and tongue-in-cheek humor made it interesting. I felt that the storyline slowed in some parts, although it wasn't that often. At times weird, at times gripping, this book would appeal to many boys. I would have given this book five stars, but I didn't appreciate some of the gross humor. I would recommend this book to students ages nine through fourteen, or to anyone that enjoys books where kids overcome impossible odds.

Thanks so much for reviewing my book, and I'm so glad you liked it! (Kat de Falla, author of Flying Mutant Zombie Rats)

A crazy person tries to feed his finger to his cat.
KEYWORDS