The Candy Store review by Star360 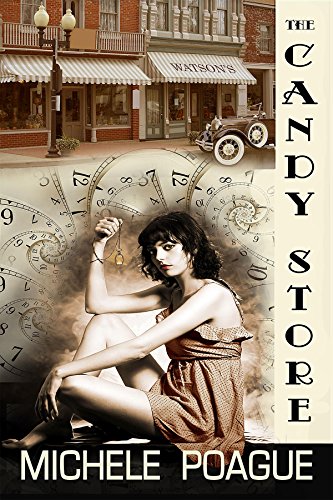 Teen orphan Jett Oxford hasn’t had much sweetness in her life. It’s 1981, and she’s hiding from the authorities, unwilling to go to foster care. Jett wants to study culinary arts, and she needs a thousand dollars to pay for tuition.

The Help Wanted sign at Watson’s Candies catches her eye. The elderly owners, Henry and Jay Watson, quickly hire her and even offer her a room upstairs. The Watsons treat her like family, and Jett loves learning about candy making with them.

Her idyllic world is shattered when a fire ravages the little store. When Jett wakes up from a coma, she finds herself in a hospital in the year 1927!  It may seem impossible, but when Jett sees the flappers and Model Ts, she's forced to realize that she really has traveled back in time.

Just as she is adjusting at an orphanage, she comes across a familiar pair of blue eyes – Henry! Jett and Henry become friends, and she meets his girlfriend Josie. Jett is thrilled to meet the fun-loving pair, and she wished she could tell them how wonderful their life will be. But when Jett starts falling for Henry, she is reminded that the Roaring Twenties are not her true world. Will Jett ever get back to the future without damaging her friends’ happy ending?

Reading The Candy Store was like savoring a bittersweet chocolate bar that has a surprise twist in flavor at the last bite. The novel was a delicious combination of sci-fi, time travel, historical fiction, and romance. I don’t usually like time-travel, since I believe it can come off as cheesy or weird. However, in this case it was a clever way to get a realistic peek into the 1920s, a time glamorized by Jay Gatsby, the main character in F. Scott Fitzgerald's The Great Gatsby.

It was clear that Poague did a lot of research for The Candy Store. Joan Jett, banana clips, and Sony Walkmans gave life to the '80s. The Jazz Age part of the novel, which readers may be less familiar with, was also filled with references that made the story pop! Classic novels like The Age of Innocence, expressions like “the real McCoy,” and descriptions of plain and elegant fashions help readers understand life in the '20s.

Jett was a strong character who was a good bridge between the '80s and the '20s. She exuded a rebel, tough-girl image at the beginning, but love from the Watsons helped soften her into a kinder, wiser person. I liked how she retained her can-do attitude and showed real willingness to work and get back to the '80s when she fell into the Dollar Decade. The young Jay and Henry were good reflections of who they would grow up to be. Henry was quite charming, and I can understand why Jett was attracted to him.  He wasn’t eighty when she had a crush on him! Jay was really sweet, and she best exemplified the era. The supporting characters, like Jay’s mom or socialite Abigail, also showed readers important aspects of the times, like the country’s general attitude towards women working or acting.

As for the ending – no spoilers, I promise! – it was really unexpected for me. I still enjoyed it, though. When I looked back at the first few chapters, there are some subtle clues that are only clear if you know the end already! I was left with a few questions about the finer points of time travel – did she use a Tardis? a Time-Traveler? a magic peppermint stick? – but nothing that left me too bummed.

I highly recommend The Candy Store. It is the perfect novel for teens looking for a story packed with love, friendship, adventure, history, and romance.