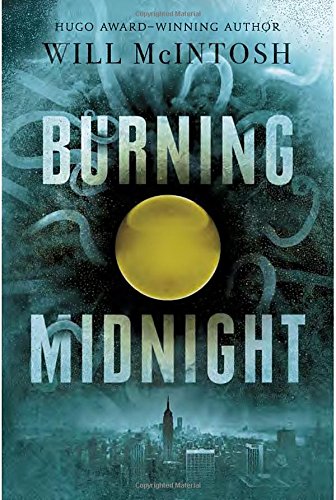 The spheres.  Were they sent by aliens? Are they some phenomenon that could eventually be explained by science?  No one knows where they came from, and over the years, they have just become the norm.  All anyone knows is if you burn a pair of same colored spheres they give you some sort of physical improvement.  The improvement is unique for each color:  teal-colored spheres can help you sleep better, mustard colored spheres can make you smarter…the list goes on.  The rarer the sphere, the better the ability and the higher the price they fetch.  Some people seek spheres to burn for themselves, and others seek them to sell to the public.

David Sullivan, or Sully as he likes to be called, is a seller.  He and his mom are barely getting by on the minimal amount of money Sully makes selling spheres at the flea market.  Then one day, he meets a girl named Hunter and his ordinary life changes.  Together they go out hunting for spheres.  At first they were only hoping to score some less common spheres, but then they get an idea that might bring them some rarer ones.  Once again, they only find some fairly common spheres, until they finally find one that no one has ever seen before and might make them both some real money.  They have no idea what abilities this new sphere might give.

When a billionaire sphere collector discovers they have it, it’s a race against the clock to find its pair.  Could this rare find be the answer to the mystery of the spheres?  And are these spheres too good to be true?

I thought this book was amazing!  I loved every bit of it -- the idea behind the book, the characters, and everything else.  The characters were very well developed; I felt as if they could be real people that I might meet in my everyday life.  The conversations were very natural.  Also, I loved the idea of the spheres; the idea of colored orbs that could physically improve you in some way or another was very fascinating.  I know with some books when you read the summary, and then read the book, it lets you down.  But this was definitely not the case with this one.  It did take a bit of a strange turn at the end, but I felt like it somewhat worked together with the story.  This book kept my attention from the first page to the last with mass amounts of action.  I would recommend this book to ages 12 and up, as there is some mature wording and themes.

There was some death and bad words.
KEYWORDS