In Too Deep review by alliepaige13 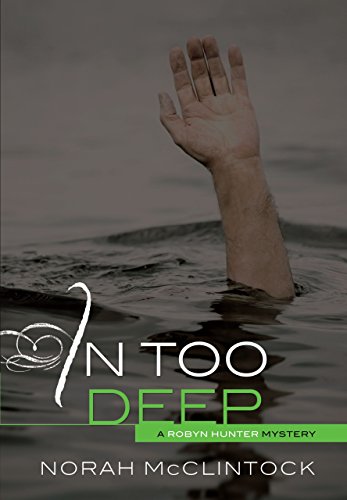 Robyn and her best friend Morgan were supposed to work as counselors at a summer camp, along with Morgan's boyfriend Billy, as a life gaurd, until Morgan breaks her leg. Robyn doesn't want to go without Morgan, but Morgan finally talks her into it. It's a great plan until the camp burns down. So Robyn then decides she's going to spend the summer with her boyfriend Nick, but he says he's going on a camping trip with friends. Nick lives alone in the apartment building Robyn's dad owns. One day Robyn had to get something from Nick's place. When she walks in, she sees his camping stuff. Where was he, and why had he lied? Robyn was really worried until Morgan has an idea. Her family has a lake house at the Point. Her dad gets Robyn a job at the local newspaper. One day, while she was working on a story, she runs into Nick. He told her he had promised a friend to investigate a local suicide. Robyn is determined to spend her summer figuring  out what is going on with Nick.

This book is really good in some parts, then in others it seems really boring, but it always has a twist to pull you back in. The twists are mostly about the home for boys because a lot of things happen there. Overall, it's an okay book.

There is some violence and kidnapping.
KEYWORDS

Read more reviews by this Litpick Book Reviewer: alliepaige13
Recommend this book and review to your friends on Facebook