Shades of Blue review by Melissa32301 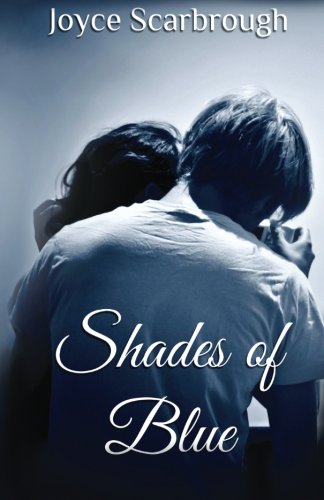 JoJo has been best friends with Sam since she was five. Sam has always been different than other boys; he was never rude to girls and he never seemed interested in girls' bodies like the other boys, until he starts changing and going through puberty. When JoJo sees the bruises on Sam's back she realizes she needs to get Sam out of his house with his abusive step-father. Sam won't leave his mom and his step-sister, though. As this is going on, Sam and JoJo grow into something even more than friends and it scares JoJo more than she'd like. When Sam's mom has decided she's had enough she tries to get them out of there by sending a letter to JoJo. But, before Sam and JoJo can get Sam and his mother out, something terrible happens and Sam's step-father takes it too far.

Sam and JoJo are so sweet together. They're always there for each other, and they put each other first. As they grow up Sam starts changing which scares JoJo. Her best friend has become a muscular teenage boy who started to like JoJo as more than friends. When JoJo finds out about Sam being abused, she tries to help him and get him out of the house, even if it means lying to her parents. Scarborough pulls at your heart and makes you feel so many emotions, from sympathy to heartache. Sam goes through so much because of his step-father and it's so sad to read about. The writing style in Shades of Blue was really easy to follow and I felt as though I was part of the story. I felt a lot of the same emotions as JoJo did. The only thing I didn't like about the book was that JoJo seemed younger than an eighth grader and I felt a lot older than her, when I'm only in ninth grade.

There were some cuss words throughout the book, as well as some violence.
KEYWORDS