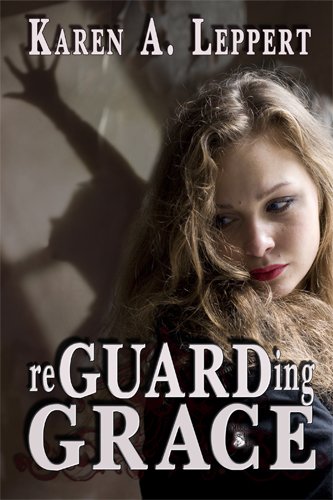 ReGUARDing Grace is a very interesting novel because it involves elements of both psychology and the supernatural to create the ultimate DID (dissociative identity disorder) book.

Jack has known Grace, or known of her, ever since she was born. She knows about him, too, however they have never met until now. They had a connection that involves knowing and communicating with each other. Yet only Jack seems to remember the entire thing, and you are  about to find out why.

Both Jack and Grace have DID, however this is no normal DID. One (or more) of their alters have a special power, like mind reading. Jack works for The Institute, an organization created to help those who have special alters, like Grace. Jack is an amalgate, someone who is a whole with his alters, which is the final goal for Grace. Jack is assigned to mentor Grace because of their previous history, breaking the rule of having equal gendered guardians to avoid possible romantic involvement in the future.

Grace remembers Jack, or she remembers her childhood that somehow includes him. Grace also has long blackouts and wakes up in the middle of the forest or places she never remembered going into. This is caused by her alters taking over her body without her knowing, and this is exactly why one day Jack goes into Grace's high school and becomes friends with her through the baby project in psychology class.

Conspiracies from alters to get rid of the host and relationships create a story full of adventure and mystery.

This book was very interesting. I had been looking for a book that experimented with DID in a way that wasn't a research investigation because I wanted a story and somehow I found ReGUARDing Grace .I couldn't be happier over it. The beginnning was very hard to understand due to the use of terms like amalgate and other overall concepts that are not known nor easy to understand. I loved the idea of having special powers in the alters because it made it even more complicated for the host to become one.  I am a psychology freak and this book was great because it showed what it is like to have another personality while keeping it as a fictional piece.

There are some makeout scenes in which the characters say things such as wow you are feeling me and related that are not very appropriate for younger readers.
KEYWORDS

Read more reviews by this Litpick Book Reviewer: idkpamelaa
Recommend this book and review to your friends on Facebook