The S-Word review by dancechicka 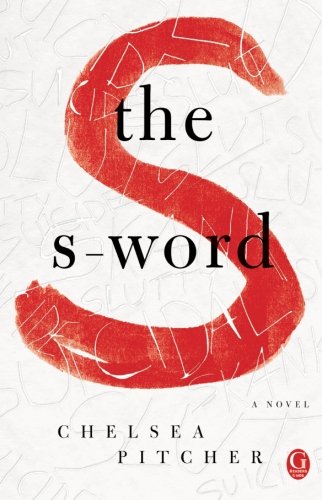 Whoever said that words will never hurt you is a liar.  Senior Angie Lake, main character in Chelsea Picher’s The S-Word, can testify to that.  It’s been a month since Angie caught her best friend, Lizzie Hart, in bed with her boyfriend on prom night.  It’s been a one month since the first red rimmed slut had been carved into Lizzie’s locker.  It has been one week since Lizzie killed herself.    Angie, the girl who Lizzie betrayed, the girl who stood by as Lizzie’s reputation was destroyed, the girl who cried as they lowered her mangled body into the grave, is consumed by grief and guilt after doing nothing to reach out to Lizzie and save her.  So, naturally, Angie is shocked when pages of Lizzie’s precious diary show up in lockers around Verity High.  Lizzie Hart, the girl who spent countless days with Angie when her parents were separating.  Lizzie, the girl who helped Angie talk to her first crush and get her first kiss.  Lizzie, the girl with the bubbly laugh and sparkling smile. Filled with anguish over her friend’s senseless death, Angie (with the help of the eccentric Jesse) is determined to expose the person who finally pushed Lizzie over the edge.  As she delves deeper into the investigation, though, she realizes she may have gotten too far in over her head….

“The word was unmistakable.  Even in tiny black writing, the word stood out against the beige…..SLUT.”

If I had to describe this book in one word, it would be….riveting.  Heartbreaking.  Astonishing.  This book was so gritty, so daring, so direct that I felt the emotions in the story--really felt them—like a knife twisting in my heart.  I felt the pain and the guilt and the wariness that Angie experienced as she searched for Lizzie’s “killer.” I felt the dreams and the goal shatter as Lizzie took her own life.  I felt everything.  This novel portrays the powers that rumors and bullying has to destroy entire lives.  It has such darkness, such in-your-face reality that makes you realize that a version of this story happened.  People do go through this.  Lives are taken.  Dreams are ripped to shreds.   Even though you could definitely tell this was Pitcher’s first novel, I was really impressed with the way she dealt with this real world problem.  There were some parts of the story that I wished Pitcher would dive into with more detail (like Lizzie’s father) and also felt like she didn’t follow up on some parts of the novel at the end.  This is a dark and chilling whodunit novel that I believe all readers will enjoy.

“So I stood there, mouth open, lips trying to form the word: Why?  Why hadn’t she called?  Why wasn’t she sorry?”

I would recommend his book to mature readers or for ages fourteen and up for obviously mature content, sexual references, and profanity.

As Angie sinks into the dark side of Verity High, as she slowly uncovers the secrets that hide the true reason behind Lizzie’s death, will she be able to reveal Lizzie’s tormentor—even if she can’t see it herself?  You’ll have to read Chelsea Pitcher’s The S-Word to find out!

Profanity and sexual references are found in this book.
KEYWORDS