Julian Rigby and the Keepers of Time (Volume 1) re... 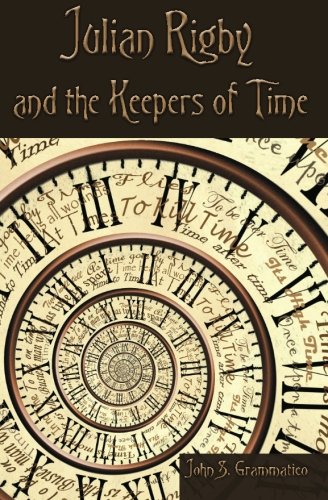 In this story, the main character, Julian, becomes friends with Martin and Lily, then finds out that his grandfather has been kidnapped. To rescue his grandfather, Julian and his new friends must travel to a different world called Delphisola, a world where time does not move. Will they be able to find Julian's grandfather and get back to their world?

I liked this book, because the author uses a nice sense of creativity and imagination. I like the part where the author finds a way to make two students who hate each other become friends by making them meet a girl they both like. Even though there were parts of the book I liked, there were some that I found strange. There were events in the book that I did not quite understand. For example, although time was frozen in Delphisola, the inhabitants were not. When their world froze, they could still move, they were not frozen. They were affected though; they stopped aging and creatures could no longer go through metamorphosis.

Even though this book fits in the Sci-Fi genre, I think that it may appeal to those who like Fantasy as well, because the book contains fairies and other strange creatures that seem to belong in that genre. In my overall opinion, the story was adventurous and had a fair amount of detail, so I would highly recommend this book for all my friends.

Read more reviews by Litpick Student Book Reviewer: ckirk19@agcharter.net
Recommend this book and review to your friends on Facebook