The Field review by jotaf 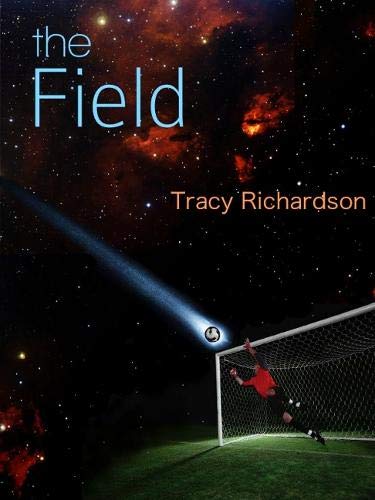 The Field is an electrifying book about a teenage boy named Eric Horton.  He has had a great summer, but now school break is over and he has to go back to high school.  Not everything is bad about going back to school, though.  For the past three days he has been attending soccer tryouts, and the first day of school is the day he will find out if he's made a team.  Eric has a pretty good feeling he has a spot as one of the goal keepers; during practice he blocked every shot with extraordinary ability.  Another good thing about the first day of school is the beautiful, new French girl who is in his AP Environmental Science class.  Her dad is a physicist who is studying alternative energy methods and is offering an internship at his lab during the second semester.  This translates to extra college credits for whoever is chosen.

Life is going pretty good for Eric, especially when he is picked for the Varsity team and is named the starter goal keeper for his first game.  Life is good, at least until he starts having nightmares.  He has nightmares about explosions and screaming, leaving him wondering what these nightmares are about.  Are these just nightmares or are they premonitions?  You’ll have to read The Field to find out!

I thought The Field was an imaginative book full of action and mystery.  I liked that the author, Tracy Richardson, blended a believable story about a regular high school boy with just enough sci-fi to make it enjoyable.  I also thought the characters were realistic.  I think my favorite part was in the ending, but since it gives away a lot of the book, I can’t say what it is.  You’ll just have to read it yourself to find out.  The book was sometimes slightly confusing to follow.  Also, on the editor’s part, I saw a bunch of grammatical errors and flipped words, like “a in” instead of “in a."  Unfortunately, a lot of the book dealt with soccer, which started to get a little boring for me.  But if you are a soccer fan who also likes a little bit of sci-fi, this book might be for you.

There are bad words, an accident, some alcohol, and one attempted sexual act.
KEYWORDS