Diary of a Part-Time Ghost review by tkh2002 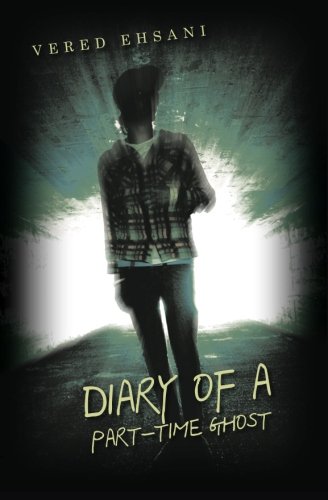 Ash wishes more than anything in the world to be normal. But it seems that he is meant to be anything but normal. His life begins to rapidly change when his strange aunt gives him a mysterous history book. At first, he is bored by the gift; however, he soon realizes that the book has the power to transport him into the past as a ghost! It sends him to America in the late 1700's, and there he meets his ancestor, Sara, whom he is destined to protect from dark shadows trying to cause catastrophy. Will Ash be able to not only save Sara, but also keep the book a secret from his family? Read Diary or a Part-Time Ghost to find out.

This book was pretty good. I thought the story line and intentions of the book were good, but there were many details missing. The one that stood out the most to me was character development. Kali, the main antagonist, was hardly developed at all. I felt as though he just came out of nowhere, like he just appeared randomly. Another character I thought was poorly developed was Sara. I don't think I could even tell you what she looked like, it was mentioned so little. I personally think that there was nothing special about here that makes her different from other book characters of the same likeness to her. As I said earlier, I thought the storyline was good, but you can't have a good story without good characters and that's what this novel was lacking.

Read more reviews by this Litpick Book Reviewer: tkh2002
Recommend this book and review to your friends on Facebook