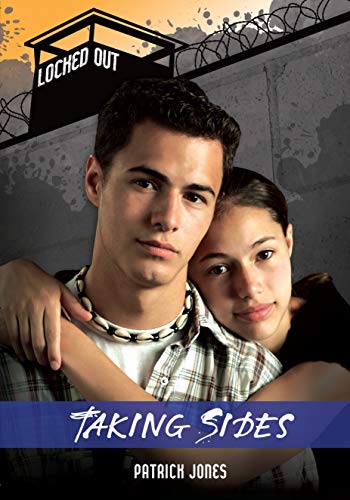 This book is about a boy named Todd.  After Todd and his sister, Tina, watched their dad kill their mother, Todd knows his dad killed her to save them from their angry mom.  But that isn't how Tina saw it.  She claims their mom wasn't doing anything wrong.  The three of them get separated; Todd and Tina in foster homes, their dad in jail.   Todd wants his innocent father to get out of jail as soon as possible, but with Tina's claims, he doesn't see that happening.  Will Todd figure out a way to get his dad out of jail, or does he get stuck in foster home after foster home for the rest of his child life?

This book was pretty good.  The characters were realistic.  They had depth and meaning behind each of their actions.  I occasionally don't see this very clearly in books, but the author had their actions pretty clear.  I think the author did a great job on making the book creative. The setting was different from other books I read. It seemed like a mystery novel, with all the different clues, twists, and turns, but it also was like just another fiction book because it didn't have the person acknowledge that they had a mystery.  I thoroughly enjoyed and I hope other readers do, too.  I recommend it for people 12+.

There is a described murder scene. There is some fighting, but no violence during the fighting.
KEYWORDS