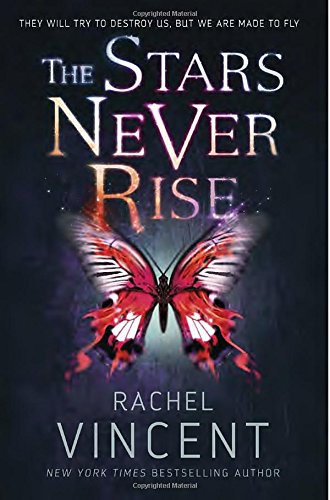 In sixteen-year-old Nina Kane’s world, the Church is not a place of worship, but rather a dictatorial government. Its influential leaders rant about the dangers of demons, and it’s only an elite group of exorcists that stop hordes of the evil creatures from feeding on the entire population’s souls.

Nina’s never seen a demon; she’s more worried about keeping food on the table. Her sister, Melanie, is only book smart, and her mom sleeps all day and yells the rest of the time. Nina would do anything for Mellie, even join the Church, forbidden from marriage but keeping her sister free from hunger.

Her plan goes astray when Mellie drops a bombshell secret the day of her school physical – she’s pregnant. Teen motherhood is a grievous sin under Church laws, and Mellie’s baby would die without a soul donor. Nina is desperate for a solution, and when she meets a young man who promises her a way out of the mess, she takes it. But when Finn and his gang of outlaws tell her what they really are, she wonders if she’s just traded one problem for another. What will Nina have to sacrifice to save her sister?

With a title borrowed from Edgar Allan Poe’s haunting poem Annabel Lee, you can expect plenty of creepy, creative imagery and unexpected twists from Rachel Vincent’s The Stars Never Rise. Dystopia? Or horror? It’s a mix of both, with romance and action peppered in for good measure.

A trademark of dystopias is a twisted government that controls much of their citizens’ lives. Here, said cruel organization is the Church. I was first surprised that a church was being portrayed in such a horrible light, especially with thinly veiled references to nuns, Catholic school uniforms, and the like. However, it soon became clear that the novel was not actually anti-religion; it was anti-power. The highest levels of the fictional Church are corrupt, while the lower ones remain innocent.

Nina’s world is based on a familiar creature – demons. Thankfully, the fantasy and myth surrounding the creature comes from so many fountains that it’s hard to find two stories that treat the vile beings the same way. Vincent went into detail with the exorcists, everything from what they wore to how they spoke. There is room for more information later in the series, but there were enough details for the reader to become engrossed in the dark tale.

As for the plot, it was fast-paced and smoothly written. Besides the aforementioned Finn dilemma, I caught on to all other aspects of world-building quickly. Vincent deserves a shout-out for the clever way that she gave readers the base of Nina’s world. Nina quizzes Mellie for a history test, and their conversation was both natural and informative. It was much better than a narrator reading off a list of essential facts, a pitfall that can quickly lose a reader’s attention.

Like all gripping characters, Nina is a mixed bag. She’s no goody-two-shoes,  but she’s responsible and has a strong sense of family. Her family life seems like something plucked out of a contemporary novel until her mother’s revelation turns her world around and really gets the story running. Mellie was sweet, but she wasn’t present for enough of the novel for me to really like her. Hopefully, she’ll have a bigger role in future books. The dystopian sisters reminded me of The Hunger Games’ Katniss and Prim, but their setting is very different from Panem, so it didn’t feel like a knockoff.

Finn, the love interest, is definitely a curiosity. I don’t want to spoil it, but if you’re anything like me, you’ll have to read the pages that explain his little situation a few times to really understand what was going on. Sparkling boyfriends have nothing on this guy, that’s for sure.

The Stars Never Rise is a solid match for older teens that are looking for an unconventional tale of suspense, romance, and paranormal activity.