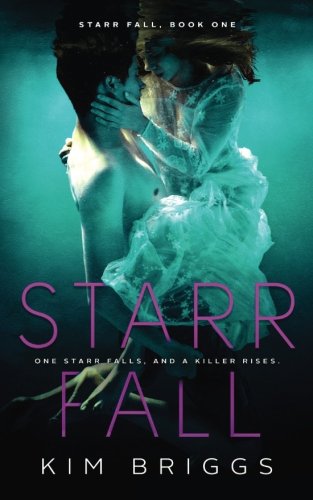 Starr Bishop seems to be perfect. She’s blond, athletic, smart, and pretty. Hoping to get a position in a summer leadership program, Starr takes the test along with her best friends, Jody and Sami. But only Starr passes, and the leadership program was a front for the Organization who wanted to train Starr to be an assassin. Starr escapes and runs for her life. While on the run, Starr runs into Christian Evergood, a weird, goth, emo boy from her school who didn’t exactly make it a secret that he hated her. It turns out, he’s not what he seems. Christian risks his life over and over for her, finally taking her to a remote cabin in the woods for her safety. Never having wanted a boyfriend, Starr feels very strange as she begins to develop feelings for Christian. One morning, waking up, she realizes he is not in the cabin.  Starr later finds him, bloodied and broken, tied to a cross. Taking him to a hospital is her main priority, and she rushes him to the nearest one where, coincidentally, some of Christian's old friends work. They offer to shelter her and Christian while they figure out what to do next.

There are some almost supernaturally beautiful settings in this book. The author described them in such great detail that I felt I was there.

Starr and Christian’s characters were elaborated on a lot, which I greatly appreciate. I generally oppose the supergirl character who saves the guy all the time. Starr was like a supergirl, but the author balanced it out with Christian saving her and focusing on it. I really did like Starr and Christian especially since the author made them human and gave them human weaknesses instead of them never making a mistake.

I noticed a few misspelled words and a few grammar mistakes, but overall the book was written very well. After reading this book, I immediately wanted to find the next one and read it.

I think a great strength to this book was how much the main characters sacrificed for each other, always thinking of the other person.

For this genre of book and the storyline, I think there was little too much romance. I feel they could have elaborated more on the adventure part instead of spending half the book talking about the romantic feelings between the two main characters.

I feel like this book made a big point of not judging people based on what is on the outside but rather what is on the inside.   I really appreciate that message that one should not judge a book by its cover.

I would recommend this book to anyone. I think ages 12-15 would really appreciate it. There is a lot of romance, but it also has some good action.

Overall, I really liked this book, will read it again, and can’t wait for the next one to come out!

Read more reviews by this Litpick Book Reviewer: Iliterate Child
Recommend this book and review to your friends on Facebook