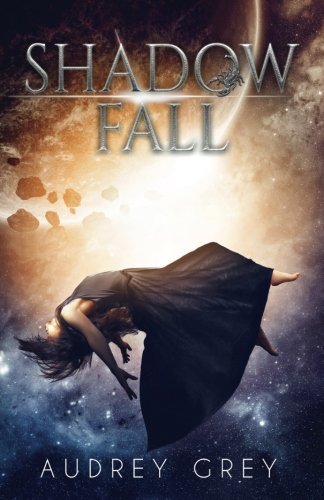 Shadow Fall by Audrey Grey is a futuristic book about a girl named Maia and her desperate battle for survival. The deadly asteroid, Pandora, is screaming towards Earth, on a collision course with ultimate destruction.

After years of surviving the deadly Pit, Maia is finally brought out into the open. Instead of being relieved, however, Maia is desperate for a way out. The Emperor has finally found her and now Maia is being drilled for information about her father. It seems as if Maia is the only one with the information to stop Pandora, and consequently, save all of mankind.

When an opportunity comes knocking on Maia’s door, however, she eagerly accepts. She has been given a spot in the Shadow Trials, which is normally reserved for fallen Golds yearning to secure a spot aboard the Hyperion, which is the spaceship that will carry the Chosen safely away from Pandora’s harm.

The question is, what will happen to Maia? Is she the one with the necessary information to stop Pandora? Or is she just another desperate person aching to escape the wrath of the asteroid?

I expected this book to be similar to other futuristic, everyone-battling-for-survival, the-world-is-going-to-end books. I was thoroughly disappointed. I only made it through six chapters before I put this book down. I did not put it down because the plot was downright boring; it did pique my interest slightly. I decided to stop reading Shadow Fall by Audrey Grey because the themes and ugly character traits being shown were way too much for my liking.

From the beginning of the very first chapter, I was shown that violent killing was perfectly acceptable. I was also introduced to the Pit, which is where Maia is found at the commencement of the story. The Pit is full of what I would consider to be insane people, yet somehow, Maia still remains attached to a bit of her former self. The author also makes it clear that people do not normally survive down in the Pit for more than a few weeks. Why? Because the rest of the starving and insane people either kill them or eat them.

Not only was the story gruesome right from the start, it also was sickening. I was reading about Maia and how she was ‘rescued’ from the Pit, and then I was reading about how much she hates certain people and, especially, the Emperor, whom she wants to kill. Not only that, the final line I read before putting the book down showed me how utterly corrupted Maia’s character was. The line was, “Go to he**, Mother.” The context? Simply thinking about a statement her mother made that didn’t apply to her certain situation. Not every bit of advice we hear is going to apply to every circumstance, is it? Apparently, Maia finds this as a reason to curse her own mother!

In conclusion, I only read a total of six chapters of this book, yet I found several morally incorrect and gruesome statements. While the plot did interest me, it was only because I had read other books with similar storylines. I have never read a story that became so gruesome within the first six chapters. I recommend that mature young adults only read Shadow Fall. If you are younger than fourteen, I highly encourage you to let your parents screen this book before reading it.

I only read six chapters in this book and I encountered numerous things that I would consider to be "mature." From the very first chapter, there are gruesome descriptions and ruthless killing. None of the characters seem to possess any admirable traits. Instead, they curse and swear and have utter contempt for all human life. I can only imagine what the rest of this book would have been like.
KEYWORDS