The Originals: The Rise review by pavannah 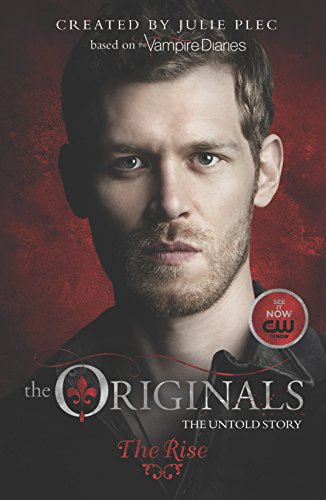 The Originals: The Rise
by Julie Plec
Age Range - 12 and up
Genre - Spiritual

This book takes place in the 1700’s, with a group of different supernatural beings fighting for the chance to call New Orleans home. Fans of the show would rejoice in this prequel to the television show but would be disappointed to find that even hundreds of years earlier their favorite trio of vampires are facing the same problems.  Family, love, lust, and power.  New Orleans is just as adverse to the vampires in this book as they are in the television series. The plot is driven by Klaus’s desire for a witch he can not have (shocker), Rebecca’s love for a man who may or may not want to kill her kind and Elijah’s journey and fight for a home to protect his family.  In this book, all the characters find themselves in problems that look oh so similar to the show, but it should have been expected.  The plot sends the reader on a kiddy roller coaster that will have you turning the page.

This book was a page turner because it was driven by action, as opposed to actual thought.  It is a plot driven book that is an easy read that can be completed in one night due to its reading style; which can seem lacking for an avid reader.  However, this book would be enjoyable to fans of the television show because of the usage of the same characters and the same problems that the characters face in the shows.  Which, to be frank, was obnoxious.  Television show writers should not transition into books if they utilize the same characters because it only creates a lack in development and hinders the books possibility, if only because it seems as though the author is writing the book as if it was to appear on tv, rather than a thought-provoking book that was meant to be a book.

As a fan of the show I was excited to read this book because i was hoping it would give me a deeper insight into how the characters developed into how they are in today's show, but was disappointed by its lack of character development and its utter reliance on the already determined characters, attitudes, and consistent problems that the characters always seem to be facing. Yes this book could keep me reading, but it was only due to the numerous events that made the reader need and want to know if the problem was resolved. It was a one time read and should not be a series due to its total lack of character development, due to the author's attempt to hook fans of the show in. The characters have the same personalities as in the show, which not only limited the books possibilities but hindered it as well.  I would recommend this book for fans of the show for a quick one night read, but other than that I would avoid it due to the disappointment in the lack of a stronger plot and characters.

This book does have "love" relations, but it is extremely mild and would not offend even the younger readers.
KEYWORDS

Read more reviews by this Litpick Book Reviewer: pavannah
Recommend this book and review to your friends on Facebook