Ollie and the Starchaser review by Jonny 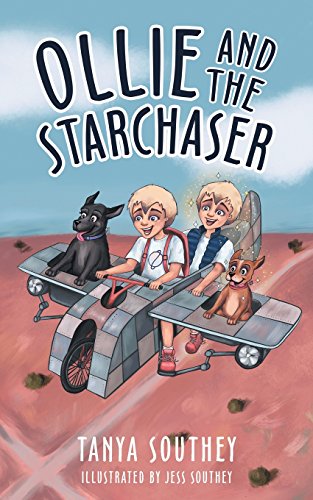 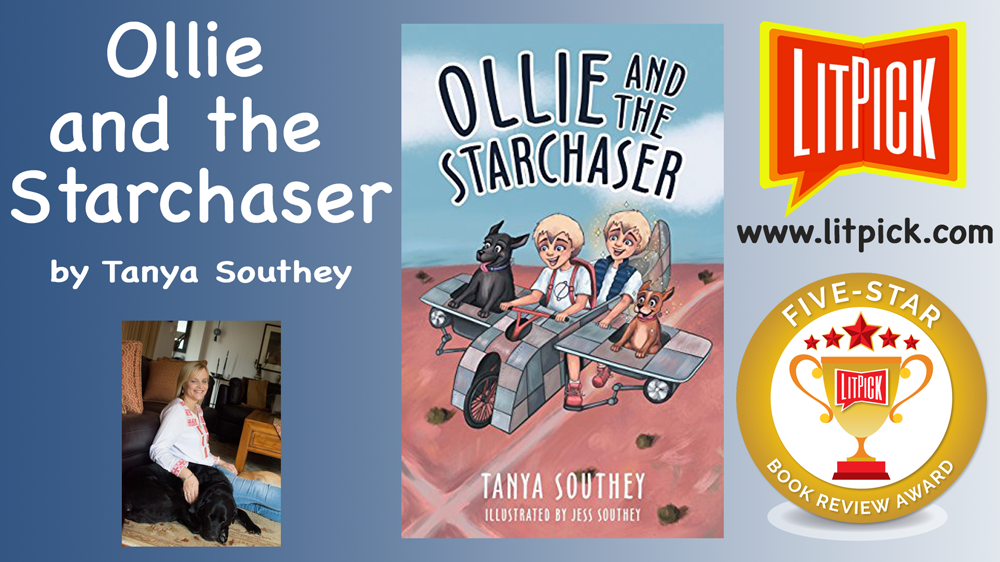 In Ollie and the Starchaser by Tanya Southey, Ollie enjoys spending his free time with his dog, Chloe, and his grandmother he calls Nanoo. One day, while traveling to the Astronomy Centre near the Australian Outback for a working vacation, she has a car accident and mysteriously disappears. Everyone in the family is upset, and nothing seems to go right for Ollie afterwards. As weeks go by, he misses her more than ever, and he just wants her back.

Suddenly, a boy named Starchaser and his dog Buddy show up hiding in the bushes. He calls his grandmother Ginko, and she’s missing too. He happens to be from Terenza, the planet Ollie’s grandmother discovered a few years earlier. Since Ginko is an Earth Scientist, Starchaser decided to visit Earth to see if he could find her. The boys get along so well that they decide to look for their grandmothers together the day that Ollie’s parents take his sister to a horseback-riding competition.

They modify Ollie’s bike into a flying vehicle that will take them to the Outback quickly. They search all day, but the only clue they find is the wrecked car. Eventually, they decide to camp at a settlement near a church. There, they meet Uncle Ernie, who is also camping. He knows Ollie’s grandmother and tells the boys about a Staircase to the Moon that appears at certain times, which leads back to Terenza. This sets up a magical, whimsical adventure the boys will never forget. Meanwhile, Uncle Ted, who was asked to look out for Ollie while his parents were away, realizes Ollie and Chloe are missing. He winds up on his own adventure as he tries to figure out what has happened to everyone.

I liked this book because it can be read by a variety of audiences. Young elementary school-age children might like the simple story about a boy and his dog enjoying a space adventure with another boy and his dog. I’m sure they would enjoy thinking about being out somewhere alone making their own choices like Ollie and Starchaser. They would also probably relate well to the fun time that Ollie has with his grandmother and how families generally interact with one another at home. For older school-age kids, the book is a story about how people might feel or react when they lose someone or something important to them. It lightheartedly points out how important it is to appreciate family and friends every day, and it creatively encourages anyone experiencing a loss to realize loved ones are with us even if we don’t see them.

The book is really easy to understand, and great artwork at the beginning of each chapter shows off a little bit about what’s going to happen next. Even though it’s a fantasy, the book is set in Broome and the Australian Outback, so reading it is even a great way to learn something new.