Moon of the Goddess review by awalker10 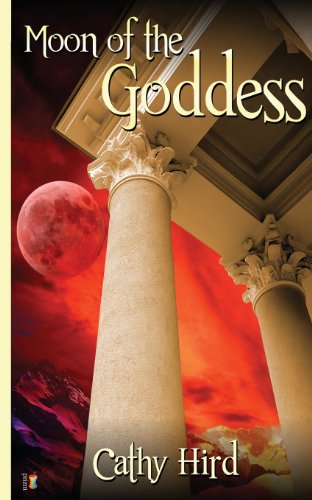 When trouble stirs in ancient Greece, only an offering of a young maiden as a gift to Poseidon will satisfy the angry god. Earthquakes shake the ground and the rivers run dry, causing a deadly drought on the land.Then Thalassai, the princess of Tiryns, is kidnapped by an envoy from the troubled city to be the offering. But the mother goddess Eurynome has other plans, and she will not allow a young girl to be taken from her protection. When gods collide, who will be the victor? And more importantly, will Thalassai survive this deadly battle of wills?

I thought this book was enjoyable, with a slightly predictable and straightforward plot but likable characters. It was good, but the protagonist was not really my main interest, rather the more minor background characters I feel would have made a better story. Thalassai was a rather weak and helpless maiden who did not have the strong heroine feel about her, that title went to her brother's traveling companion, a healer who served the goddess Eurynome. All in all, the book was good but nothing extraordinary. I did enjoy the references to the Greek gods though, as that was the reason I chose it. Although I know more about ancient Greece than most people, I was still surprised by the reference to the goddess Eurynome, as I had never heard of her before. The conflict between the two gods could have unfolded into something bigger and created a more engrossing plot line, but the simple and straightforward story was actually rather refreshing after so many complex plots of modern books. It was overall an enjoyable book that I would read again.

It contains some mentions of menstruation and virginity, but no offensive language or material other than the feminine.
KEYWORDS

Read more reviews by this Litpick Book Reviewer: awalker10
Recommend this book and review to your friends on Facebook