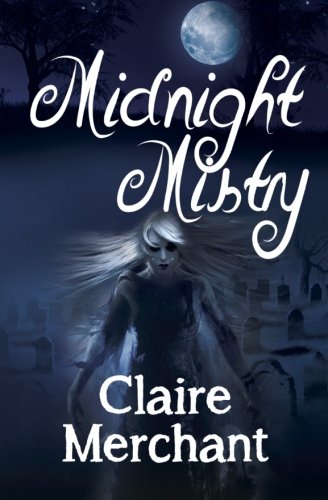 Midnight Mistry by Claire Merchant is placed in a supernatural world, with the new couple Taylor Mistry and Harper. Harper is Taylor's protective werewolf boyfriend with an angry ex, who still cares for him. Taylor struggles to come to terms of the mystical transition she is in. Taylor and Harper call upon Mystical friends to help them preserve their relationship so neither will be harmed. Themes of fate, love and death are very prominant in this book.

I found this book alright later on but not at the beginning because they focused a lot on the relationship and not a plot line. I felt this is a little too close to a Twilight plotline. However, one character I found saved this book was Salvador (or Sal) who had a sarcastic wit. This book was more about accepting fate rather than overcoming obstacles. This resulted in Taylor accomplishing little to nothing in the book. I would not read this book more than once.

They have a discussion about sex and mention it occasionally throughout the book. Also the kissing scenes were a bit too detailed for my comfort.
KEYWORDS

Read more reviews by this Litpick Book Reviewer: TrickyCrow
Recommend this book and review to your friends on Facebook