Maid for Me, Too review by detectiveginger 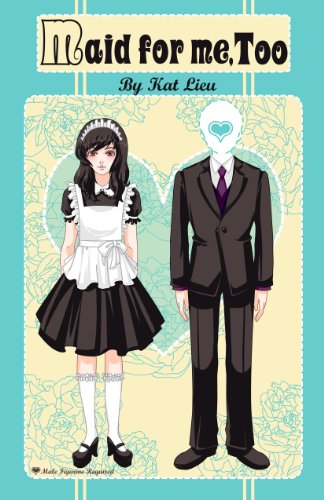 In the second installment, Mina has made a new friend called Dani and has become more confident in herself, both mentally and physically as she is now living her dream: studying architecture at university and following in her father’s footsteps. However, not everything is as peaceful as it seems, because there is a strange person on the university campus that has set his sights on her. Luckily, Jaden is still the one for her, always swooping in at the right moment to save her.

There are lots of imagery used through mataphors and similes. Some of the similes are strange such as  when describing the relationship between Mina and Danni, they were described as "bonded like two oppositely charged ions ready to take on the world together." Do ionic compounds take on the world? However I liked the idea of two people who are complete opposites in appearance and personality, "attracted" to each other and who become close friends, that is conveyed in this simile. I thought that all the figurative language used was quite unique, interesting, contemporary and humorous.

The writing has gotten more mature since the last book, because the main characters, Mina and Jaden, have graduated from high school, and it shows in the character development of Mina and Jaden. So there is also slightly mature content in this book, such as references to alcohol.

'Maid For Me, Too' is a great book, and I recommend everyone to read it.

Read more reviews by this Litpick Book Reviewer: detectiveginger
Recommend this book and review to your friends on Facebook