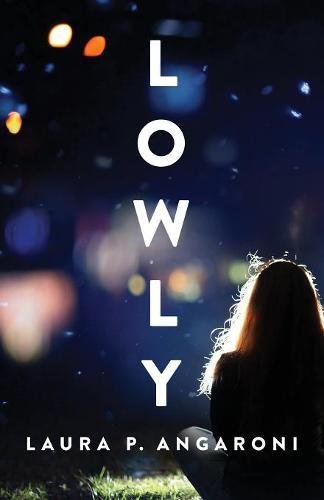 At sixteen-year-old Lola’s Texas high school, there’s a classic Breakfast Club mix of students — jocks, nerds, princesses, and misfits. Lola, nicknamed Lowly, fits mostly into the latter category, but she’s determined to make the 1981-82 school year a success. Among the challenges are trigonometry, unrequited crushes, and the Demented Duo, a pair of insufferable boys who make John Bender look like a sweetheart. The duo incessantly picks on Lola for being a Christian virgin, but luckily, Lola is armed with a biting wit and a group of loyal friends.

Surprisingly, those long-time friends seem to be the ones causing the most drama lately. When Lola runs into new problems, from Earley’s odd behavior to George’s dissolving relationship with Michelle, she isn’t sure who she can turn to. Those petty disputes are quickly forgotten when a senseless tragedy strikes her Oak Cliff community. Lola’s immediate reaction is to shut everyone out. Will she learn to love and trust again?

Turn to an ’80s rock station and read Lowly, a moving, relatable story about a girl’s path to finding hope and self-acceptance after great loss.

I don’t frequently dip into the world of realistic fiction, but I’m glad that I stepped away from my beloved dragons and detectives to take a chance on Lowly.

Laura P. Angaroni’s debut novel is written from the heart. The Dallas native’s writing style is clear and compassionate, and her teen characters could have been plucked from your own high school. I hope she’ll keep writing! Young adult Christian fiction needs more authors like Angaroni.

The main character, Lola, is a delight. She may be Christian, but she definitely isn’t a Puritan. Lola is sassy, flawed, and wholly lovable. From the first page, her complexity as a character shone. When getting scolded for swearing, she snapped, “Would it be okay if, just this once, I contemplate my stupidity later?” Lola felt bad for the curse, but her snippy reaction reveals a sharp sense of humor that continues throughout the book. It’s often her only defense against the school bullies.

Speaking of which, the portrayal of bullying and drama in Lowly was fresh and realistic. There were the usual troublemakers, but nearly all of the characters have an incident where their behavior is less than exemplary. Reading about the teens’ struggles to balance their faith and their fiery emotions adds a realistic dimension to the novel.

One of Lola’s principal issues was dealing with the newfound friend drama. A familiar problem among teens is the dating scene. Who should you go out with? What happens when you feel like a third wheel? And why didn’t your friend tell you about her new crush? Lola deals with all those problems and more!

The light start to the novel — homecoming, dating drama, mean girls — skillfully veils the shockingly dark twist in the middle of the story. The way that the characters react to the tragedy makes the novel one to remember.

As for the Christian aspect, the characters are all Christian; they go to church, they pray, and they talk about God. It’s a healthy dose, but not so much that you feel like you’re reading a sermon. Non-Christian readers should also be able to enjoy the novel, since there is nothing that disrespects other religions.

For readers who want to get a full ’80s experience, Angaroni has a playlist of classic rock songs on her playlist. “Don’t Stop Believing” and “Rocket Man” go perfectly with the story.

Lowly might mean common or humble, but don’t let that make you underestimate the strength and sass of Lola, an unforgettable character.

The characters are all Christian, and there is frequent talk of God. There are some heavy themes in the book. It's best for high schoolers and mature middle schoolers.
KEYWORDS