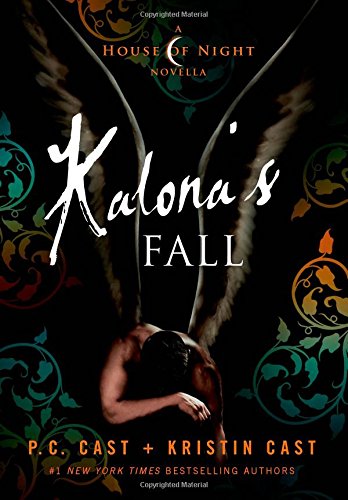 Kalona was a beautiful accident. A son of the moon, Kalona is all strength and passion, an angel who lives only to please his goddess, Nyx. His brother Erebus, the son of the sun, also seeks Nyx’s affections. Kalona and his brother are pitted against each other in competition to win Nyx’s love. Each brother must create three creatures or events using air, water and spirit. Unbeknownst to the brothers, what they create will reveal their true characters and their destinies.  Kalona struggles in each challenge against his own inner darkness changing the future in an unimaginable way.

Creating a tragic hero, the authors bring unceasing sympathy for a series-long villain in the novel, Kalona’s Fall.

Too often, I feel like stories become flat because they lack a good enough development for the villain. Stories are defined by the struggles of the characters. Usually, villains provide the struggle as the speed bump in the middle of road for the hero of the story, but the very best stories contain the most heart wrenching, understandable  villains. These villains have a logical backstory, an immense appeal to pathos and a chance at redemption.  They create the best stories.

Unfortunately, Kalona did not earn a place on my ‘top villains’ list.

Kalona’s Fall had many interesting and whimsical properties to it. Casts’ artful creation story held romance, and magical creatures brought different thrilling textures to the plot. The plot itself was not extraordinary but held a catching air.  However, Casts’ overall  characters’ development left much to be desired.  Kalona, the main character,  is the only exception, as he has a clear character development from something innocent to something dark and selfish.  Casts’ other characters (with their lack of development) dragged my esteem for this book down.

The other characters simply did not make the story believable.  Either the characters were too predictable or were too nonsensical. Erebus, for example, fought hard for Nyx’s love in the beginning of the tale but then ups and forfeits the competition  after a good portion of the book with no explanation as to why, except that he sees the passion between Nyx and Kalona. It was not logical for his character in my opinion and thus killed the book, as it eliminated an obstacle for Kaona in perhaps the laziest way possible for the authors to have chosen.  Nyx brought little logic but a lot of emotion to the book. While her emotion held my attention, it felt often either dragged out or cut short. Her interactions in the tale lacked a balance and it felt like Nyx either overacted or underacted her part. Together with other characters, Kalona’s Fall was shortchanged and I was tempted to not finish the book.

But I finished it anyway.

It wasn't a waste of  time, as new obstacles popped up for Kalona which were intriguing and set up the plot for the rest of the series (I am assuming this as I have not read the House of Night Novella series). Kalona did win my sympathy, but not my heart. The story held a lot potential and brought a great explanation as to why a hero became a villain, but I found that the simplicity of the solutions given to certain problems presented throughout the book thoroughly disappointed me

A story which holds charm for avid fans of House of Night Novella series, Kalona’s fall will add a depth for the villain and thus the entire series plot; but for the browsing reader, it may not be so appealing or hold their attention.