The Game of Pirate review by Andrew123 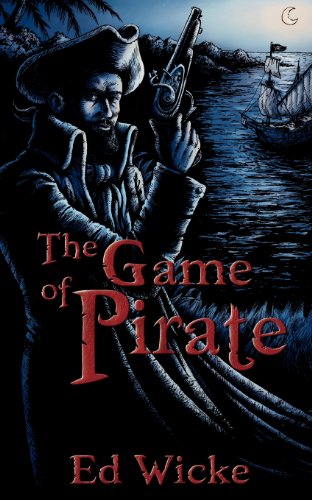 What would happen if you suddenly found yourself in your favorite game?  It sounds great, but if the game is The Game of Pirate, it can also be very dangerous.  Fourteen year old Jack learned the game from an actual pirate - Captain Jones.  Jack finds himself in a struggle between Madame Helena and Captain Red.  Both want the Curchan Ruby, a stone that will give the owner great power.  Jack is the only person who knows how to solve the clues that lead to many treasures, including the Curchan Ruby.  On board Captain Red’s ship, he has to face all of his fears, including many challenges.  He becomes an apprentice to the ship’s cook nicknamed “Bones,” who becomes Jack’s trusted friend.  They use the clues from the Game of Pirate to travel from one dangerous port to another, collecting treasure at each place they stop.  The biggest mystery is that Bones has two very dangerous secrets, but will Jack be able to figure out what they are?

The Game of Pirate was one of those books that was hard to put down.  I found myself wanting to read “just one more chapter” each night.  The hero, Jack, is a character that I could relate to.  He wants to have adventure but isn’t quite prepared for all of the danger that comes with it.  I would recommend this book to anyone who loves adventure.  The beginning and the middle of the book contained loads of great stories, but the ending was too short.  It also ended in a cliffhanger, which I bet the author, Ed Wicke is going to turn into the beginning of a sequel to this book.  If he does, I will be sure to read it!

This book contained fights, deaths, some bad language and mature topics like prostitution and slavery.
KEYWORDS

Read more reviews by this Litpick Book Reviewer: Andrew123
Recommend this book and review to your friends on Facebook