Either the Beginning or the End of the World revie... 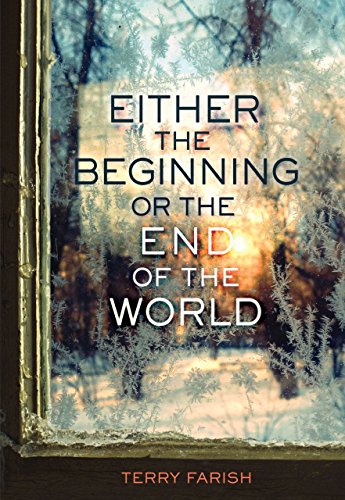 Life as a poor fisherman’s daughter is tough. Sixteen-year-old Sofie loves her dad and her puppy, Pilot, but it can get lonely on the cold New Hampshire coast. She only has a few memories of her mother, who is an inconstant figure on her life. Sofie is used to being self-reliant, so she is confident that her shrimp-selling scheme would help get her little family through.

Unfortunately, Sofie ignores the laws for selling seafood, and now Dad has to travel to a different seaport for the season. He refuses to leave Sofie alone for so many months, so he calls in her mom, a Cambodian immigrant, and grandmother to stay with her. Part of Sofie is excited to see her mom, though that thrill is ruined by her mother’s obvious pregnancy. The only person who can make her feel better is Luke, an army medic who recently returned from Afghanistan and suffers from PTSD. Never mind that their relationship is forbidden; Mom got pregnant with her at sixteen, so Sofie feels entitled to do whatever she wants. Besides, Sofie and Luke have a genuine connection, and if she’s the only one keeping him sane, then she has no choice but to hold on to their tempestuous affair.

A well-written dysfunctional family is one of my favorite literary tropes, and Sofie’s messy New Hampshire clan didn’t fail to disappoint.

As a sixteen-year-old myself, I found Sofie to be perfectly believable. She is smart, but not an insane genius; angry at her mother, but not hateful; loyal to her friends, but always staying true to herself. Her romance with Luke is wonderfully complex. Like any teenager with their first significant other, Sofie is nervous and bright-eyed at the beginning, but matures as the relationships develops. After all, Luke is an adult and she is a teenager, though their roles are sometimes reversed when Luke’s PTSD strikes. Readers will fall in love with the couple, while serious warnings from the author will remind them of harsh realities preventing the characters from maintaining a long-lasting relationship.

Another fascinating dynamic is that of Sofie and her mother. Sofie’s anger at her mother is merited, to be sure. Being abandoned had to be a traumatic experience. Finding out her mother’s backstory was the really interesting part, though. Cambodia isn’t a country that appears very often in YA fiction.

One of the best things about this book is how short it is. Drawn-out trilogies can get tiring, so I was delighted to find such a worthwhile book with less than 200 pages.

Either the Beginning or the End of the World is a unique exploration of a teenaged girl's quest to save her family and find herself.