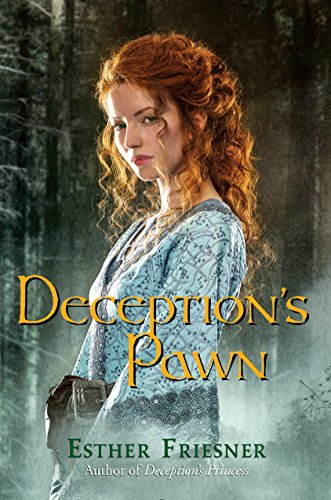 First-century Ireland is a rich, competitive world of intrigue and fantasy. Lady Maeve, teenage princess of Connacht, is finally exploring the walls outside her castle. Now she’s an honored guest at the court of Dún Beithe, along with three girls looking for love. Romance isn’t Maeve’s object, however; her heart is badly broken and she’d rather search for her beloved falcon, Ea.

Maeve’s plans to avoid boys are shattered when Lady Lassaire decides that she would be an excellent match for her son, Kian. Then Conchobar, the king of Ulaidh, rides onto the scene. The boys’ unique charm and kindness make an impact, but when flirtations grow serious Maeve opens her eyes to the dangers of female jealousy.

Ula and Dairine are not pleased with Maeve’s popularity. Quiet Gormlaith says nothing about their barbed remarks. When spiteful Bryg joins the sorority, it’s clear that their bullying has just begun. Maeve is unsure of how to deal with the situation. Deeply unhappy, she is desperate for a relief. When her old love’s father comes with a message, she flees the court to go to him. Will the decision prove wise? After all, the fate of her country is linked with her heart.

Deception’s Princess, the book before Deception’s Pawn, was one of the first books that interested me on LitPick. Though I wasn’t able to order it, I checked it out at my library and loved the unique tale of love, power, and kingdoms. So when I saw that Deception’s Pawn was available, I was thrilled! The YA novel met my expectations, and I’ll be recommending the series to my friends.

The YA market has been seeing an upsurge in strong female characters: think Katniss, Tris, and Tally. Maeve brings a strong spirit that was believable, too. She was loyal to her family and had a witty tongue, which always wins points with me. Her actions towards boys were not always the most sage, but what teenager really knows what she’s doing? The important thing was that she learned from her mistakes, and readers should take her lessons to heart.

The setting was absolutely delightful. I have a weakness for European castles, and Deception’s Pawn provided one not usually seen in YA lit. Ancient Irish myths don’t get a lot of attention in contrast to the Greek or Roman ones (I’m looking at you, Percy Jackson!). The character’s appearances were well described, and it was easy to keep track of the diverse cast.

The bullying storyline had its flaws, but I think that it added an important angle. At the beginning, naive Maeve believed that she and her roommates would be close friends. However, the first descriptions of the girls sent a red flag that she completely missed. Maeve did the right thing by eventually telling an adult, though there was a frustrating result. I was looking forward to seeing how she would confront the girls, but her final reaction was disappointing. Even so, it’s valuable food for thought.

Deception’s Pawn will enthrall teens who love their romantic dramas with a side of court intrigue and a dash of ancient fantasy.