Today, LitPick is excited to welcome YA author Esther Friesner for Six Minutes with an Author! Esther has written many sci-fi and fantasy novels, poems, short stories, and series. The Vassar College graduate has been nominated many times for the prestigious Hugo and Nebula awards, winning the Nebula Award for Best Short Story Award twice. Most of her recent works have been in the Princesses of Myth series.

I started writing before I could write. At age three, I was dictating stories and poems to my mother. She and Dad both read to me a lot, and she told me stories from English and American literature (she was an English teacher). I always wanted more, more, more stories! She said, "Learn to read and you can have all the stories you want." I took it to the next level by writing my own so that I could really have all the stories.

I wanted to be published as early as 7th grade, but I was in my thirties when I made my first professional sale – an article for CATS magazine, of all things! I’ve been enjoying it ever since.

My parents, definitely. Both were avid, wide-ranging readers. (Dad is the one responsible for my love of comic books, strips, and graphic novels. He always encouraged me to get more of them. Not what you usually hear, I'll bet.) I loved humor writers like Robert Benchley, Richard Armour, and Jerome K. Jerome. When I discovered the works of Tolkien, I was hooked! Then a friend insisted I read Asimov's The Caves of Steel. Hooked again! Finally, a raised glass to the memory of Sir Terry Pratchett, one of the rare talents in literature--not just fantasy/humor literature. His gift transcended genre and I was honored to have his friendship.

Do you have a favorite book?

That's one of those tough questions, like "Which of your kids is the favorite child?" I can't pick just one, either in what I read or what I write. I prefer banquets to single-serve frozen dinners any day!

Know that writing is an art and a craft and a business. Creativity is only one part of being an author. You have to meet deadlines, have a decent grasp of grammar, exercise professional courtesy, and be willing to listen when editors and agents offer guidance. You don't have to take that advice, but if you play "La-la-la-la, I can'y heeeeaaaarrrr yoooouuuuu!" you might miss out on something that will help your career.

Do not say or think,"I want to get published in the worst way!" or you will be. There are many less-than-honorable people out there ready to take advantage of those willing to do anything to get published.  Please go to the website of SFWA (The Science Fiction Writers of America) and check out the Writer Beware section. Part of this site is open to non-members. Here you will find important information about the scams and snares set for aspiring writers.

I do most of my serious work here at home on the computer, but give me a regular old pen and paper and I can write anywhere. So as long as that's the way it is. . . Hawaii, please.

If you want to improve your writing, open your eyes to as many other writers as possible. Widen your choices. Try something new. If you don't like it, you learned something anyway. And get out there to observe people--real people, not actors on a screen of any size. Even if you're writing a fantasy where you can't swing a cat without hitting a wizard (which makes for some very angry wizards and cats) you want them to be human beings, not posing puppets.

Finally, enjoy your writing. A story might sometimes drive you crazy, refuse to follow the path you envisioned for it, run off in a different direction or simply flop down and yell "Won't, won't, won't!" at top volume, but don't give up. Love it when it's an idea and a work in progress, not just when it's your bright-and-shiny finished pride and joy.

It will be great training for having children.  :)

Esther, thank you for spending six minutes with LitPick. We’ll keep your advice in mind! Be sure to check out her latest anthology Chicks and Balances, coming in July! 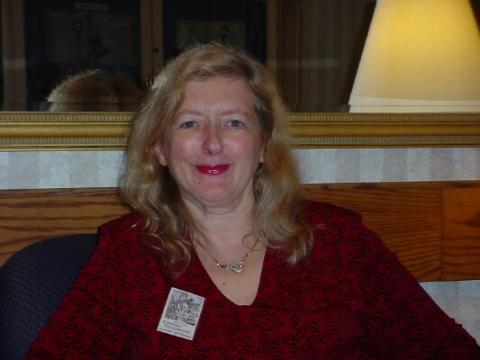