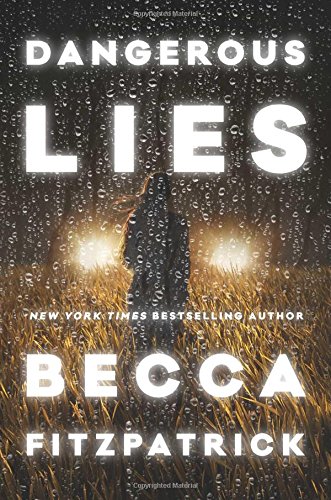 Stella Gordon is having a miserable summer in small-town Thunder Basin, Nevada. She’s living with Carmina Songster, a strict retired cop who Stella clashes with repeatedly. She’s had to get a job as a waitress at a greasy diner. She can’t talk to her beloved boyfriend, Reed. She doesn't even know where he is! The root of all Stella’s problems is that her name is not actually Stella Gordon. Her name is Estella, and she is part of the Witness Protection Program. She witnessed a murder that involved her mother’s boyfriend, a big-time drug dealer. For her safety, she is removed from her old town and told not to speak to any of her friends. But posh Estella won’t take being stuck without connections to her old life for long. And as it turns out, her past comes back sooner than she’d expected – in a very nasty way. The rebellious teen’s status as a murder witness makes her a pawn in a game whose scope she can’t begin to imagine.

Small towns, romances, and murder mysteries are typically a winning combination with me. Sadly, Becca Fitzpatrick’s latest YA novel, Dangerous Lies, did not deliver. The main character, Stella/Estella, was insufferable. You would think that as a murder witness, she would understand the importance of cooperating with the police. But no.

Stella was far more concerned with contacting her boyfriend than being grateful that she was kept safe. She did not stop to thank Carmina for risking her life to take her in over the summer. Instead, she whined abut how she had to actually get out of the house and find a job. A seventeen-year-old working! What a radical thought!

Her brattiness diminished slightly throughout the novel, but her character arc was still not satisfactory. The main reason she changed was because she liked (quite literally) the boy next door, Chet. Now, Chet was sweet and all. Yet, he failed to convince me as a love interest. He was too perfect, the figment of a dreamy thirteen-year-old’s imagination, not a realistic teen. And her ex? Nope, nope, nope. I did like how Reed was shown mainly through letters, which is unusual in the Facebook era. Yet he reeked BAD IDEA – a warning that Stella ignored for about 98% of the book.

The plot was sadly predictable. The “twist” at the end had me very impatient, because I had figured it out a good fifty pages before it happened. Based on Stella’s questionable actions, I really doubt that the Witness Protection Program is as straightforward and menacing as it is in the book. After all the goal of the WITSEC is not to break up young love, but to protect witnesses.

I was really looking forward to this YA mystery, but I left the book disappointed thanks to an irritating main character and weak plot points. Perhaps fans of Fitzpatrick are accustomed to her writing style and will enjoy this trite read far more than I did.