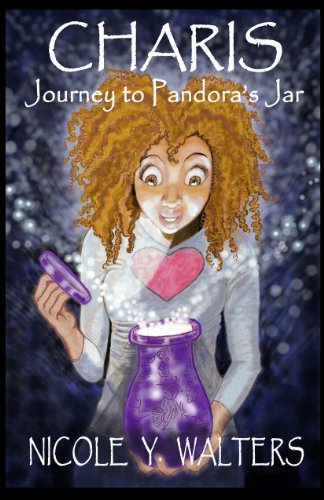 With two parents, Mona and Evan, a teenage brother, and a friend she has had since third grade, Charis Parks seems like a normal girl. She even thinks she is a normal girl! Let's just say that she gets quite the surprise. After finding a little statuette in her backpack, then being told it is really the goddess Nike in a miniature form by the truly lovely Athena from her dreams, and that her favorite substitute teacher, Mr. Papadakis is really Erichthonius, the son of Athena and Hephaestus and (weird alert!) has a snake for a leg, Charis is weirded out! The thirteen year old girl is also told that she, of all people, is the only one who can open Pandora's jar, and release Elpis, or from the jar.

Meanwhile, back in every one's least favorite place, the Underworld, the ruler deep down there - Hades- found Pandora&rsquo;s jar in the Underworld and treasured it. He also treasured the fact that the humans didn't have Elpis, because he hates our race. He did not tell the king of the gods, Zeus or even any other gods! And since coal goes to naughty people, hades gets a big lump of the stuff, aka the beautiful artifact has been stolen. And it was stolen by a new character - Hermes! The messenger god was able to transport the jar to earth, but then had no idea where it landed.

Well, it landed in a museum that Charis was going to the grand opening of, looking forward to the greek exhibit. If you want to know what happens next, READ THE BOOK!

I liked the book, but I think that the protaginist was a bit stereotypical; kind of weak, like when she breaks down crying and seeks comfort from Athena. But overall, this was a pretty good book, lots of action and adventure!

The book was fine, except when Nike turns a snake inside out.
KEYWORDS

Read more reviews by this Litpick Book Reviewer: emtrier
Recommend this book and review to your friends on Facebook