A Bridge in the Forest - FeyTerrah Series Book 1 r... 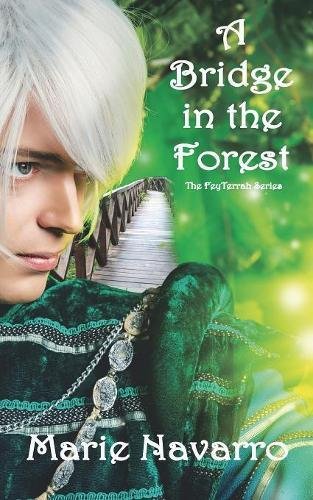 Lily Kingman seems normal. She lives with her parents and older brother at a Bed & Breakfast, goes to college, and has reliable friends. However, she has the peculiar ability to hear animals’ thoughts, and her wounds heal overnight. Everything she knows about her world and herself is overturned when she discovers FeyTerrah, a magical land of fairies and elves. She possesses an enchanted Ninatlee necklace that bonds her to her promised one. She discovers hidden powers within herself. And with the help of her new friends, Dexy, Nicholas, Dreamer, and Sir Elo, she embarks on a quest to find the fairy king’s missing daughter. Lily must find her promised one, unfog her family heritage, and stop an old rival from exposing FeyTerrah to the human world. She must also decide once and for all which world she truly belongs in and will remain.

A Bridge in the Forest is a must-read for anyone wishing for an element of romance in their fantasy novels. It was a lot more romantic than I thought it would be when I first requested it, but it was still a great novel. The characters’ personalities were well-defined through descriptions and their reactions to different scenarios. The descriptions of them enabled me to picture them as accurately as if they were standing next to me. I personally loved how Lily’s FeyTerrah friends reacted to things in the human world such as littering and pet stores. That, along with other events, helped illustrate the need to care for our world as much as the elves and fairies cared for FeyTerrah.

Lily was portrayed as a strong-willed character, fearless and rebellious. She was willing to defy even the Ninatlee’s spell to be with whom she really loved. The story itself was easy to follow, since most of it was told in the present day and from Lily’s 3rd person omniscient view. However, there were several noticeable punctuation errors throughout the book that didn’t interfere with the story but were still bothersome. That aside, the novel is a classic fairy tale set in the modern world that will enchant and enthrall its readers.

There is mild violence, and some younger kids may have trouble relating to the characters.
KEYWORDS