The Break-Up Artist review by Juggles1414 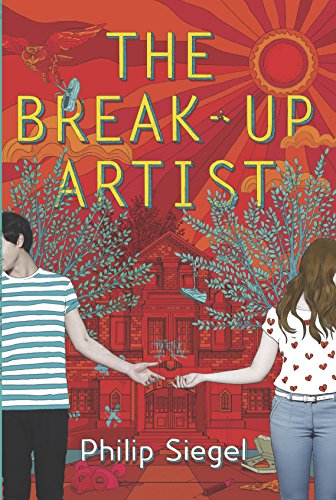 Becca and her best friend, Val, are part of the minority at their school; they are single. Val wants to change this, but Becca is a cynic. Becca can't trust in love after her sister was left at the altar, which is also why she started up a business on the side, being the Break-Up Artist. People pay her to break up couples. When she is hired to break up Huxley, the most popular girl in her school, who also just happens to be her old best friend, she is up to the challenge. However, along the way of befriending her enemy, Huxley starts to open up and genuinely like Becca again. This makes it harder for Becca to break them up, but she's good at her job. It doesn't help that Val finally became a relationship zombie like the rest of the school. Oh yeah, and Becca's crush on Val's boyfriend isn't helping either. Becca has to learn a hard lesson, that some love is real.

I enjoyed the novel immensely. I would definitely recommend it to others because it was a page turner filled with teenage drama. The main characters were well thought-out and you could relate to what they were doing and why. The writing is humorous at times because the author gave the main character a sarcastic attitude about love. It was well done. The ending was the part I really liked because it wasn't what I was expecting. With some novels like this about teenage love and whatnot, it's easy to figure out how it'll end, but this one surprised me. It was a good surprise. Others will get a kick out of reading it.

The story is about love, but there is only a little bit of kissing, nothing inappropriate.
KEYWORDS

Read more reviews by Litpick Student Book Reviewer: Juggles1414
Recommend this book and review to your friends on Facebook