You Gotta Have Heart review by Joshchipmunk 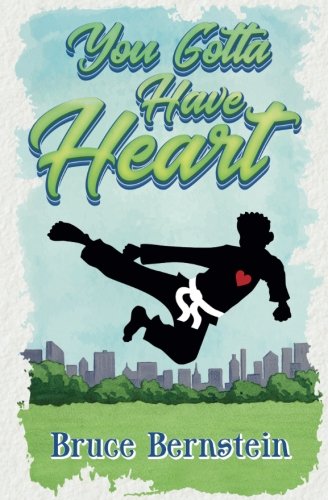 In You Gotta Have Heart by Bruce Bernstein, the main character, Alan, is an orphan in an orphanage that has a very long name, so the boys living in it just call it The Home.

Alan’s parents died in a car crash, and to add to the pain, The Home is also where two bullies named Frankie and Jack live. Alan is tired of Frankie and Jack picking on his roommate, Chris, and himself, so he joins a karate dojo to learn how to fight back.

When he first starts, he is shy and timid, but as he gets better, he slowly becomes braver. He makes some new friends at the dojo and soon becomes best friends with Dale, a 35-year-old man who is into karate and boxing. Alan’s life transforms from a timid kid to a strong young man just from walking up the rickety stairs of a dojo.

I loved You Gotta Have Heart by Bruce Bernstein because it tells the story of someone who has a regular life with regular problems. In most books I’ve read, the main character is lucky, always able to get what he wants, but in You Gotta Have Heart, Alan has to work for it.

I enjoyed the book immensely and recommend it to those ages 8 and older.  I give this book 5 stars for its incredible plotline and how the characters were portrayed.

Read more reviews by this Litpick Book Reviewer: Joshchipmunk
Recommend this book and review to your friends on Facebook