The Tragedy Paper review by alikat7 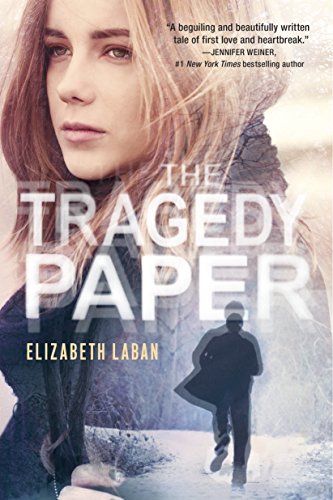 Tim, Vanessa, Duncan, three people so different but undoubtedly connected in a story full of secrets, heart ache, and sadness. The truth behind it all will keep you compelled to Tim Macbeth’s last semester as a senior- his final chance to start over in a new boarding school called Irving.  A simple stare at Vanessa Sheller the “it girl” will be all it takes for Tim to break his one and only rule, to keep to himself.  Bestowing a love story full of travesty; essentially changing the lives of everyone around the prestigious Irving school. One of them being Duncan; a current senior who will unravel the secrets behind the most paramount story for the Tragedy Paper assignment; made by the English teacher Mr. Simon that will forever change your view of the meaning behind a tragedy.

“The Tragedy Paper” by Elizabeth Laban was a powerful duel narrative story making you think deeper about the powers of love, friendship, and of course tragedy. The story begins with Duncan who seems utterly bound to listen to Tim’s recordings that are left to him. Which initially doesn’t make sense; a teenage boy wanting to listen to an outcast’s recordings instead of doing more productive things? It later begins to make sense towards the end because Duncan blamed himself for the tragedy and felt he owed Tim to listen to them. Making Tim the outsider in the book an albino was thought provoking in the way he would deal with things and what he wouldn’t do because of it. In conclusion this book pulls at your heart strings and urges you to uncover the truth.

Read more reviews by this Litpick Book Reviewer: alikat7
Recommend this book and review to your friends on Facebook