Tomorrow is Another Year review by sschu5 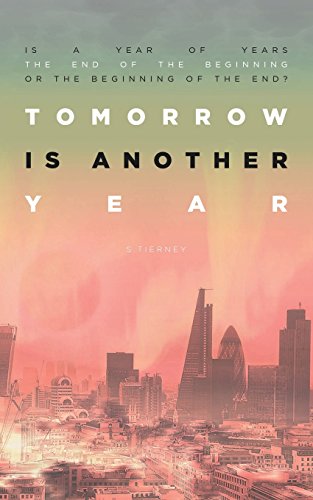 Michael is nearly alone in the world; he is cut off from his family, his friends, he doesn't have a job, and he lives by himself. He is desperate for any job that he can get and fills out multiple newspaper ads for work. When one finally reaps an interview, he is nervous and prepares himself with answers to questions the interviewer might ask. Surprising himself, Michael gets the job and returns to his apartment happy but confused about what this job entails. In his excitement, he forgets to ask about pay, benefits, hours, and what he would actually be doing. Despite his worries, he goes to sleep ready for the next day to start his new job.

After waking up late with his phone dead, Michael hurries to work in order to make a good first impression on his boss, Greenwood. When Greenwood greets him, Michael is confused because Greenwood is asking what year it is. He answers confidantly at first, but Greenwood makes him feel more and more uncertain about his answer. After trying to prove the year for some time, he walks outside to a newstand and finds a magazine that says the year is 2016, while yesterday for Michael was 2014. Feeling overwhelmed and confused, Michael passes out.

Michael wakes up in his apartment with Greenwood standing nearby. He checks his phone and finds out that it is now 2017. Feeling very confused and angry, Michael takes a walk with Greenwood who explains the nature of his new job. As it so happens, every time Michael falls asleep, one year will have passed, and every ten days, or rather ten years, Michael will fill out a report regarding his time. He is bound to this contract for a full year, after which 365 years will have passed, but Michael will only be a year older.

Before reading the book, the reader is aware of what will happen because of the title. However, I was completely and utterly unprepared for how I would feel. I felt Michael's despair, his feeling lost, and his annoyance. I was angry with him and for him. Despite this, I was intrigued. I wondered how he would spend his time, what would happen, and ultimately who Greenwood is that he should have such power to make Michael this way.

Quite a bit happened in such a few days and pages that it was mind numbing. It is hard to understand what happens in the world when you live everyday, but only living one day a year makes it terribly difficult to understand the world and the people in it. It is a fascinating idea but one I would never want to live out. I wouldn't mind living forever, but to be a speck of dust one day here and then waiting another year to come back would be terrible. These feelings make it very easy for the reader to understand what Michael is going through.

The ending of the book was phenomenal. I could kind of see where it was going but definitely not how it got there. There were some loose strings at the end, but due to the limitations of the main character, they made sense. I loved the book for its insight and realism.

There are a few people who die, wars, and mass shootings.
KEYWORDS

Read more reviews by this Litpick Book Reviewer: sschu5
Recommend this book and review to your friends on Facebook