The Royal Rabbits of London review by momo.book 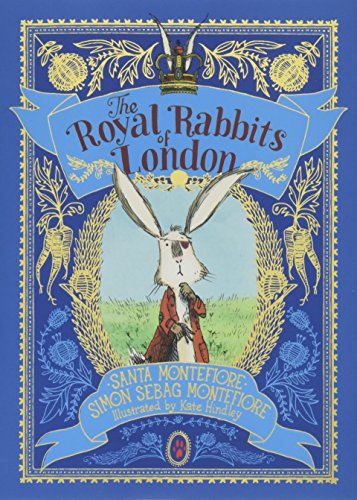 Shylo Tawny-Tail is a small, scrawny bunny who yearns for adventure. His siblings tease him for being the runt, and he is sick of it.  He plans to show his family members and community that he is a capable little bunny. He then hears big, smelly rats plotting a scheme against the Queen of London. He tells his old and wise friend, Horatio, and Horatio sends Shylo on a mission to tell The Royal Rabbits of London, who protect the royal family no matter what. Can such a small bunny be capable of such a big deed?

The Royal Rabbits of London was a great book to read. It had many elements that made this story great, such as the humor. Two things I did not like about this book was that the plot against the Queen could have been more serious and embarrassing to the Queen. The second thing is that Shylo's journey was very short and brief. It did not stay up to my standards when a character goes on a journey. Two things I also liked was that the animals were very relatable to humans. They stated things that humans also state, and their characteristics were similar to humans. The second thing was that there was an archetype in the story. The archetype was that a small, insignificant character saved the day. That archetype is very similar to humans because, for example, even a Pre-K student could significantly change something for the greater good. I would rate this book 4 out of 5 stars and I would recommend this book to kids ages 7-12.

There is nothing inappropriate in this book. It is extremely clean.
KEYWORDS

Read more reviews by this Litpick Book Reviewer: momo.book
Recommend this book and review to your friends on Facebook