Returning to Normal review by farmgirl5100 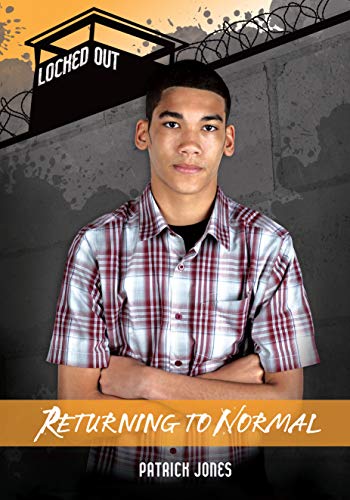 Returning to Normal is a wonderfully insightful book that addresses real-life problems faced by teenagers whose parents are in, or returning from, prison. Xavier has a pretty good life. He and his girlfriend get along really well. His baseball coach is hopeful for Xavier's career, and his dad is coming home soon. What he doesn't expect is that his dad will be a totally different person who might ruin everything. His dad is always angry with him when he isn't drinking or lecturing Xavier. Things go downhill from there. Xavier’s girlfriend breaks up with him after his temper flares during a ball game and he is kicked off the team. He is forced to confront his biggest fear: following in his father's footsteps. He is determined to make better choices. Will he be able to get help, or does his father's reputation now direct his life? Find out in Patrick Jones's book, Returning to Normal.

As stated in the summary above, this book addresses real problems faced by families where one or both parents are in, or returning from, prison. Returning to Normal is written from the perspective of a teenager whose life is flipped upside down because his dad is no longer the person he used to be. I love this book. It is a real page-turner that has definitely found its home among Patrick Jones's other works, such as Collateral Damage and Freedom Flight. Patrick Jones's unique perspective on issues that are not commonly discussed often makes him stand out in the literary world. The characters in Returning to Normal are well-developed and credible. The struggles they deal with outside their family are so true to life that teenage readers will likely lose themselves in the realism of the story. I look forward to reading more of Patrick Jones's works.

Returning to Normal contains some references to sex and also some mildly offensive wording.
KEYWORDS

Read more reviews by this Litpick Book Reviewer: farmgirl5100
Recommend this book and review to your friends on Facebook