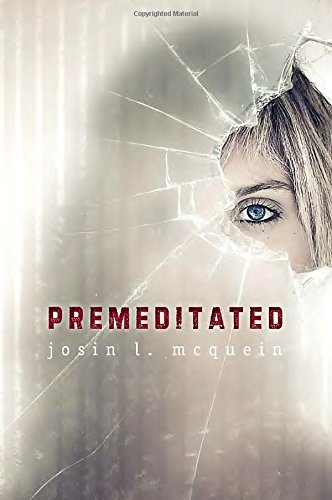 The girl breathes heavily, her heart pounding, her hands shaking, her normally flawless makeup caked and discolored, mascara running tear tracks down her face.  She’s the typical prep-school stereotype-- perky, bouncy, blonde—and she’s holding a knife over her wrists.   An internal battle rages—she is good, she is evil, she is clean, she needs to be cleansed. In an instant filled with desperate fervor, she decides.  The cut isn’t deep—she has just begun this new practice of torture—but the shock of her deed causes her to slip on her white imported bathroom tile, hitting her head on a sink corner and later slipping into a coma the doctors say she may be able to climb out of.  Her name was Claire.  She was a freshman at Eleanor Lowry Preparatory Academy.  The incident was a week ago.  Her family is devastated, her friends shocked, her future shattered.  Many make up excuses—she did it for attention, she has a mental illness, she couldn’t think straight.  Claire’s cousin and best friend, Dinah Powell, is the only person who knows the truth.  She knows about the dark haired boy that stole her cousin’s heart and then proceeded to rip it in two.  She knows how he took her cousin and made her into a shell, a mere case of what she once was.  She knows how he made her life a living hell.  And now Dinah is out to make his life the same.  Armed with newly dyed blond hair, a designer uniform, and an uncharacteristic happy-go-lucky attitude, Dinah infiltrates the prep school scene intent on finding the man who was responsible for Claire’s decline.  She will make him pay.  Dearly.  He will wish he had never lived.  Claire’s fall was a week ago.  Today, his fall begins.

Oh boy.  Where do I begin?  I can’t help but smile as I think back on my expressions reading this….I must have been quite comical.  I smiled, frowned, recoiled in shock at the in-your-face bluntness and wit.  Dinah, our main character, was mostly behind all of it.  She was BRILLIANCE.  I really believed anyone could have connected with her—she was tough and driven and ready to kill (making a strong central character) but she also was vulnerable and sad and broken over her cousin’s deed (without her seeming any weaker).  She even scared me sometimes; she was so calculating and driven like some kind of search-and-destroy robot—and I LOVED her for that. I mean, who wouldn’t be out for blood if someone intentionally hurt your best friend?  There was also a strong plot and set of supporting characters who added wit and depth throughout the novel.  Oh, and twists?  There’s so many you’ll feel like you’ve rode a roller coaster at the nearest theme park once you finish this baby.  An altogether wonderful read that I wholeheartedly recommend for your to-read list!

“Over my dead body.  Lightening was welcome to strike me down—as long as he went first.”

I would recommend this book for ages 10 and up, as it involves plenty of references to bloody demises and a sexual situation or three.  Not a bad book for profanity though—just be careful if suicide and/or cutting disturb you or those you might show this book to.

Dinah’s radar is set and locked on her target—and if she has her way, he’ll be down by tomorrow.  As she continues on her quest for revenge, will she finally avenge Claire—or will she discover something that she never expected instead?  Premeditated by Josin L. Mcquein is your ticket to find out!

There are some sexual and suicidal references, along with mild profanity and violence.
KEYWORDS

Read more reviews by Litpick Student Book Reviewer: dancechicka
Recommend this book and review to your friends on Facebook