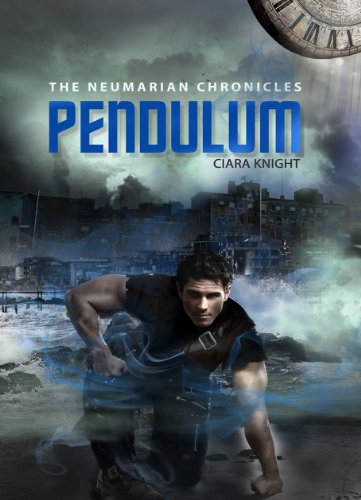 Pendulum, by Ciara Knight, is a story of love, survival, and revenge. Semara, the main character, is a runaway princess fleeing from her cruel mother, the queen, to fight with the rebels. She and her friends barely escape with their lives and were only able to survive because of their supernatural abilities. Semara, along with her two friends, is part of the fabled triune. It was prophesized that they would be the downfall of the evil queen, which is why the rebels took them in. But when they all got to the rebel base, a turn of events occurred and Semara and her comrades, once again narrowly escaped the queen’s wrath. From there, Semara and her friends undergo a journey that takes them across dangerous territory, against deadly opponents, and with unlikely allies. It is up to them to fulfil their destiny and defeat the hated queen.

Pendulum, was an okay book. I felt that there was too much romance and too little action. Overall, the characters were well-developed and the storyline was well-executed. The action-packed scenes were well-written and exciting, but too few, leaving the entirety of the story drowned in romance. To love-sick girls, this is a good book, but to a teenage boy like me, it is boring and uneventful. I also wish that the characters spent less time in a submarine and more time fighting the queen. In total, the book didn’t meet my expectations and there were many areas where there could be more action and excitement.

In the romance scenes, there was some intense wording and it was a bit graphic.
KEYWORDS

Read more reviews by this Litpick Book Reviewer: mail4chase@yahoo.com
Recommend this book and review to your friends on Facebook