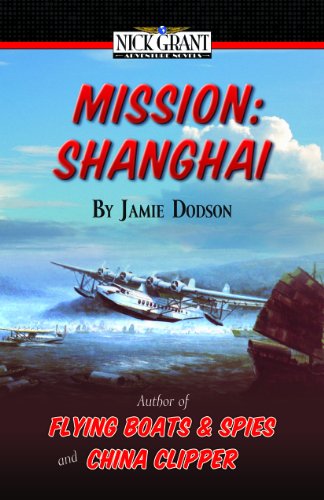 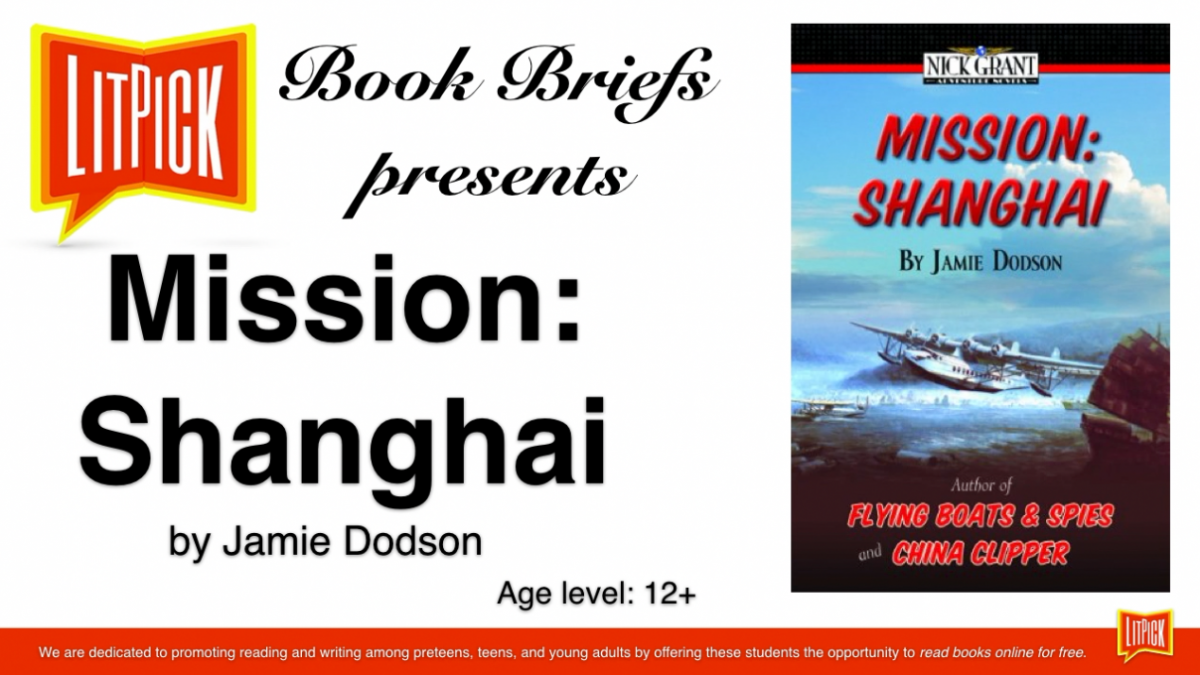 The year is 1936, and a war is brewing. Nick’s enemy, the Black Dragon (Toshio Miyazaki) - a member of the Japanese Naval Intelligence - has returned to Nick's home city of San Francisco. Miyazaki hires a hitman to steal the US Naval Codes to bring back to Japan. Nick embarks on a quest with a Navy team to take back the plans.

The team will have to beat Miyazaki to Shanghai, China, by flying in a new seaplane. The plan is to use Nick as bait (because Miyazaki hates Nick so much), so all Nick has to do is survive the Black Dragon’s attack. Nick has promised his dying friend, Roger, that he will avenge his death, so Nick is ready to risk all to settle his debt.

The way that Jamie Dodson wrote Mission: Shanghai made me feel like I was a bystander in Nick’s adventures. While reading the book, I was amazed, surprised, and impressed. Having read the first books, the third book of the Nick Grant adventure series was my favorite one yet! It was well-written, and I was hooked throughout the entire book. I advise that this book be read by kids ages 10 and up because it has some violence in it.

There is a little violence.
KEYWORDS

Read more reviews by this Litpick Book Reviewer: Joshchipmunk
Recommend this book and review to your friends on Facebook