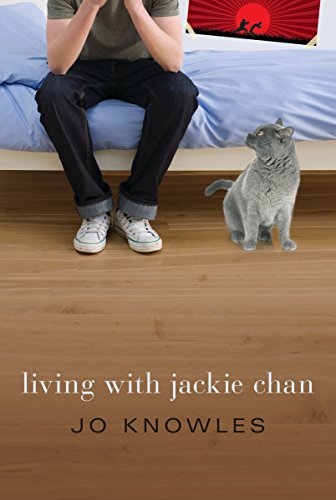 When Josh goes to his uncle Larry's house to escape the past, funny things are bound to happen. Larry is a happy-go-lucky person who teaches karate. Josh has left behind his two best friends and his parents and moved four hours away. He leaves behind his haunting past which he hopes to forget. His uncle, who is completely Jackie Chan obsessed, helps Josh see the good in himself. Josh finds the positive in his journey by falling in like with a girl. The girl's name is Stella and she has a jealous boyfriend named Britt. Stella helps Josh live with his past and move on.

The story was pretty good, but used way too little description. The only things the author described were the gazebo and the character's personalities. What color was his hair? What about his eyes? Also, I hated the ending. What happened to Josh and Stella? Did they start dating? I felt that the title was misleading and there was way to much text-talk. On the positive side, there weren't many mistakes and it was a good story. It was easy to follow and had enough dialogue. So overall it was an entertaining story.

The story had a lot of words that I am not allowed to say used way too openly.
KEYWORDS

Read more reviews by this Litpick Book Reviewer: guck1st
Recommend this book and review to your friends on Facebook