The Lion Who Stole My Arm review by lexyroberts 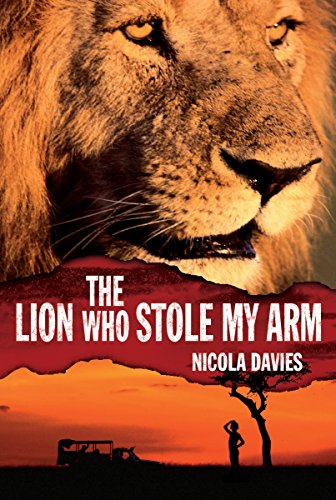 The Lion Who Stole My Arm was about a boy who got attacked by a lion. His mission was to find the lion who attacked him. Pedro and his father went out to kill the lion, they killed a lion but they weren't sure if it was the lion who attacked him.The lion Pedro and his father killed had a collar on that said "Please return to Madune Carnivore Research Center." So, Pedro rode his bike to the research center. The people showed him pictures on a computer about how they can identify the lion and track where they where at. The lion Pedro and and his father killed was not the lion that attacked him.There were some lions that were. Finally, they found the one that was in the area when Pedro got attacked . The people from the research center took Pedro back to the village. Everyone helped make a plan to tranquilize the lion and put a collar on it so when it came close to the village they would get an alert. They went to the bush and tranquilized the lion and put a collar on it. When Pedro got back to the village he told everyone that they would get alerts when the lion comes close to the villages.

This book did not have anything offensive.
KEYWORDS

Read more reviews by this Litpick Book Reviewer: lexyroberts
Recommend this book and review to your friends on Facebook