The Liberation review by Gracie 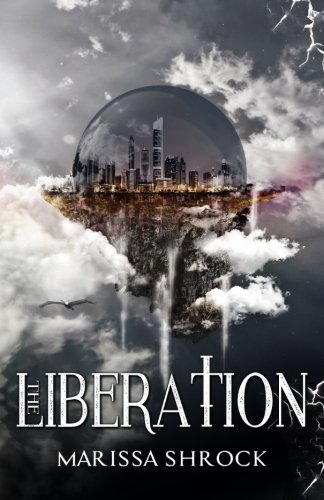 Set in the future of our country, Vivica Wilkins, a fugitive, has to go into hiding. She decides to join the rebels so they can defeat the government. Her mother, a governor, has also been captured by the government for hiding Vivica, and somehow Vivica must get her out. Losing her dad at age four was hard, but seeing others killed because of her was even harder. Peacemakers, a group of people who wanted all Earth to act as one nation, see the movement of the rebels as a way persuade America into joining them. Vivica must now go under different identities to learn the Capitol’s secrets. Can she do it or will she be found?

I really enjoyed the book and could clearly imagine the different parts. This story always had excitement. You won't be able to wait for the next page or chapter. Marissa Shrock weaves the story so well that every page was a surprise. As the story continued, it got more intense. All the facts fit together closer to the end. Even though it is the second book in the series, it was fairly easy for me to understand it. I'm gussing it would be even easier if the first book had been read.

Though the first part of the story was okay, the last part was amazing. There were so many happy endings and surprises. There were some surprises I didn’t like entirely and I wished were changed, but they fit with the story very well. It had everything a good story needs. It also reminded me of the Divergent series. I loved it and I think you will too.

Some parts include guns, knives, and violence, but there isn’t really any swearing. Most of the book was fine. I would recommend this book to kids in middle school.
KEYWORDS

Read more reviews by Litpick Student Book Reviewer: Gracie
Recommend this book and review to your friends on Facebook