Joining LitPick today for an Extra Credit interview is Marissa Shrock! Marissa is the author of two books in the Emancipation Warriors series, The First Principle, and The Liberation, which was just released.

I have trouble writing from an outline, so I get ideas as I go. Often, I hear the characters' conversations in my head first, and then I go back and add details about the setting. However, when I'm finished with a first draft, I do make sure my plot is solid, which means I may have a lot of revision to do.

I think pieces of people I know end up in characters. Personality quirks or speech patterns help me create unique characters. I have one friend who always teases me about dedicating my books to her dogs, so I ended up putting her dogs in one of my novels that's a work in progress. She was thrilled!

I love building with LEGO bricks, and using my creativity in a different way can help me get past writer's block.

I'd like to live in the world of Anne of Green Gables because there was no social media or cell phones. But since I can't time travel, I'll have to settle for visiting Prince Edward Island someday.

The entire Harry Potter series translated well to movies, so I'd say those are my favorites. However, I'm an avid reader, so I still prefer the books.

I'd like to have lunch with L.M. Montgomery since she's the author of my favorite book, The Blue Castle. Of course, we'd have to discuss Anne Shirley, too. I love that Montgomery created female characters who were strong and often well-educated.

Wild Card Question: Marissa, since you’ve revealed you have a Martha Stewart/Ree Drummond side, we’d love to know, what’s your favorite thing to cook or bake?

My grandma's apple pie is a recipe that I enjoy making. Several years ago I figured out that I tend to make apple pies when I'm stressed because it's relaxing.

Marissa, thank you for joining LitPick for an Extra Credit interview! We love the idea of playing with Legos to get past writer’s block. We also love the idea of making apple pies to deal with stress. Yum!

Author Marissa Shrock joins LitPick for Six Minutes with an Author! Marisa’s debut novel, The First Principle, was released earlier this year. Marissa is a junior high English teacher known for her clothes, her hair and the car she drives.

Writing was a buried dream for me. I went to school to be a teacher and had no plans of being a writer, even though I've always loved to read. Several years ago, the desire to write novels flared, and I had no idea where to start. I began taking classes with the Christian Writers Guild. (The guild has since closed.) I also read books about writing, went to conferences, and started writing what became my debut novel, The First Principle.

My favorite book is The Blue Castle by L.M. Montgomery, who is another of my favorite writers. The heroine in the novel lives an oppressed life until one day when she learns she’s dying. She makes up her mind to stop living to please others. The changes that come about in her life are both humorous and profound.

Anne, of the Anne of Green Gables series, is one of my favorite literary characters, and ever since reading about the Prince Edward Island setting of those novels, I’ve wanted to visit.

Learn the craft of writing by taking classes, reading books, and practicing writing. Study the principles of marketing and promotion because even if you’re traditionally published, your publisher will expect you to help promote your book. Finally, don’t compare yourself to other writers.

During the summer, I like to write on my screened in porch with a view of the woods behind my house. Occasionally, I see even see deer.

When I’m not writing, I like to shop, bake, and play golf. I also enjoy hearing from my readers.

Marissa, thank you for spending six minutes with LitPick! Congratulations on your debut novel! 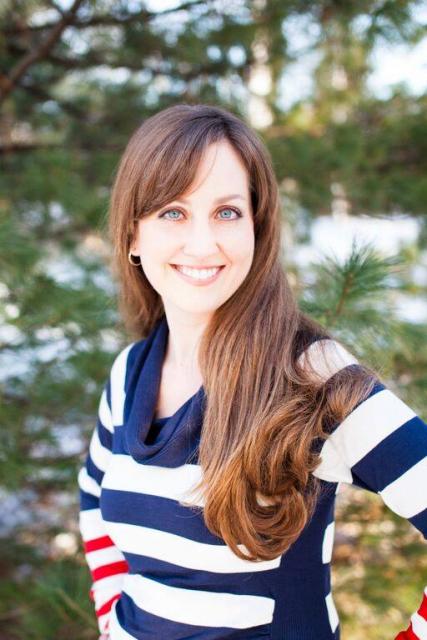