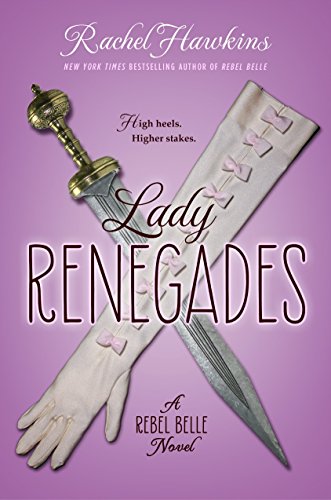 Lady Renegades' plot revolves around David Stark, an AWOL Oracle and Harper Price's ex. Harper is the heroine of the novel, a Paladin-sort of like a warrior- charged with protecting the Oracle. With David missing, Harper returns to her normal life...or tries too. Restless, Harper is unsatisfied with her job as lifeguard and an endless summer ahead of her- spending months baking in the sun, watching kids swim wasn't quite what she envisioned, and being a superhero with no war to win is depressing. Until Harper finds out she might not have those powers anymore. In an unexpected attack from a teenage girl, Harper finds out that David is creating and sending new Paladins after Harper and her fellow Paladin, Bee. David is also becoming unstable and following a darker path that has less-than-happy-and-maybe-even-disatrous results. To alleviate this new crisis, Harper and Bee reluctantly team up with a former enemy, Blythe, and go on a action-packed, magic-filled road trip to find David and any way to save him. As David descends further into madness, Blythe is convinced that their only option is to have Harper kill him. Harper is shocked, outraged and doesn't know what to do. She can't imagine a world without David. Could a mysterious spell be the key, or is Harper grasping at straws? The final battle takes place in Harper's heart. It's up to Harper to choose: David, or the town in Tennessee he might destroy.

Even though I haven't read the other books in the series, Rachel Hawkins wove a lot of hints into Lady Renegades and it was easy to infer the main points of the prequels. Because of this I didn't feel confused at any point. This book was also written really smoothly. Usually you can break a book into sections, like if I were giving a summary of a story I'd say, 'Oh, the first part's about this, the second part's about that,' but I couldn't do that with Lady Renegades. The flow of the book was awesome and carried the reader across an amazing and twisting plotline. Overall, it was a fun read; the only criticism I have is about the ending. I liked how Harper was forced into this impossible decision about killing David, and I was totally caught off guard when she made her choice. But I feel like the relaistic emotional repercussions Harper would have were minimized, making her seem like she didn't care about her friend as much as I thought. I also feel that the cost of happiness in Lady Renegades was too small, Harper herself didn't lose all that much. Even so, I would reccommend this book to anyone who likes magic and action.

Read more reviews by Litpick Student Book Reviewer: sakurafrost
Recommend this book and review to your friends on Facebook